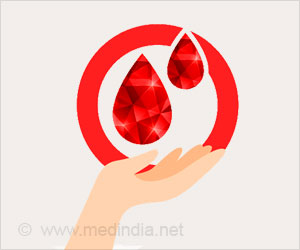 Hilleman Laboratories, a joint-venture partnership between MSD and Wellcome Trust, has announced that it has been awarded a set of global patents for its Oral Cholera Vaccine (OCV).

The organisation has partnered with Gotovax AB, a Sweden based company as well as with Incepta Vaccine Ltd, Bangladesh, to develop OCV, with an aim to provide a safe and effective Cholera vaccine at a significantly lower cost than currently available in the market. The OCV patents, assigned to Hilleman Laboratories, have been granted at various patent offices including USA, European Union, Australia, China, Canada and South Africa.

According to the 2015 Global Burden of Disease report, Cholera resulted in 68,000 deaths across all age groups around the world and 29,000 deaths in children less than 5 years of age. Further, diarrheal diseases resulted in a very large number - 72 million - DALYs (Disability-Adjusted Life years), representing a significant healthcare burden globally.


The OCV developed by Hilleman Labs would make mass vaccination a reality in Cholera endemic zones due to ease of manufacturing and low cost, thereby improving vaccine affordability and accessibility. Cholera continues to be a serious health problem in India and there is high prevalence of the diseases due to its vast estuaries, poor sanitation and unsafe drinking water.

Over 230,000 People Receive First Dose of Cholera Vaccine: WHO

The first dose of the cholera vaccine was administered to 91% of the targeted 255,000 Syrian refugees and internally displaced Iraqis.
Advertisement
Affordable and low cost vaccines will help in reducing the burden of disease and contribute to Cholera control efforts. Among the OCV patents is the first US patent that has been assigned to Hilleman Laboratories. Commenting on the development, Dr. Davinder Gill (CEO, Hilleman Laboratories), said, "We are pleased that our vaccine's novelty and commercial application has been recognised and the patent has been assigned to us," he said.

"We realise that there is an urgent need for effective and affordable Cholera vaccines both for use in Cholera outbreaks and in mass vaccination campaigns. Hilleman Laboratories is developing a simplified oral Cholera vaccine, "HILLCHOLTM", that consists of a single, genetically engineered Hikojima strain which could replace three virulent O1 strains inactivated by two different methods used in currently licensed vaccines thereby reducing production costs," he added.

Currently, there are three WHO pre-qualified Cholera vaccines which are complex and difficult to manufacture which makes them expensive. Hilleman Labs single strain vaccine with process and manufacturing optimization significantly reduces the cost of the vaccine production. Elaborating further, Dr Tarun Sharma (Associate Director, R&D, Hilleman Laboratories), said, "Currently, the Cholera vaccine HILLCHOLTM is undergoing human clinical trial Phase I/II in collaboration with ICDDR, B and Incepta Vaccine Ltd in Bangladesh. The extensive animal immunogenicity and toxicology studies have been successfully completed. This low cost Cholera vaccine can be used to create a healthy stock pile to be used in epidemic situations." Hilleman Laboratories is also developing a 2nd generation traveller's Cholera and ETEC vaccine which is under pre-clinical evaluation.

This vaccine contains an additional component of recombinant Cholera toxin B, which confers quick protection and additionally provides cross protection against ETEC. Hilleman Labs has filed a separate PCT patent application for the process and formulation of this 2ndgeneration traveller's Cholera and ETEC vaccine.

Iraq Set for Mass Cholera Vaccine Campaign Amid Fear of International Spread: WHO

The cholera vaccine is scarce and can only be used in rare cases to urgently stop the spread of the disease.
Advertisement
<< Sleep Deprivation Leads to Weakened Immunity
Hormone in Brain That can Trigger Fat Burning >>