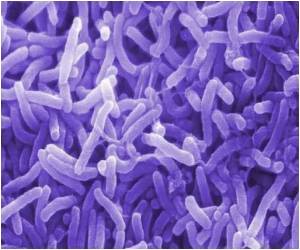 Reinaldo Acevedo, deputy director of Cuba's Finlay Institute, told the 20th Latin American Pharmacology and Therapeutics Congress that the institute is working on a live vaccine and an inactive one, Xinhua reported Thursday.

The live vaccine, in development for more than 10 years, "is composed of live cholera bacteria after extracting the virulence factors. Thus, it is a strain of the disease, but is not pathogenic," Acevedo said.


The vaccine elicits "an immune response" but patients won't get sick, he said.

Compared with other existing vaccines worldwide, the Cuban version has the advantage of being administered in a single oral dose which eliminates the virus in less than 72 hours, he said.
Advertisement
The live vaccine is still under development stage, but has been tested in Cuba and Mozambique with good results in both safety and effectiveness. "New clinical trials in children are likely later this year," he added.

Cholera, an acute diarrhoea disease, causes 100,000 to 120,000 deaths each year worldwide, according to the Pan American Health Organization (PAHO). Cuba witnessed a cholera outbreak in 2012.

The Finlay Institute is also developing an inactive vaccine, composed of dead micro-organisms which is much cheaper to develop, said Sonsire Castillo, deputy director of the institute.

Additionally, with live vaccines, "there is also the fear that they may affect immunologically compromised patients, such as those with AIDS," she said.

Quiz on Cholera
Cholera is an acute diarrheal disease that spreads as an epidemic and claims around one hundred ......

Cholera Kills Nine in Nigeria
A senior health official has confirmed that cholera has killed nine people and infected 100 others ....

UN Votes to Reduce Haiti Force in the Midst of Cholera Controversy
The UN Security Council has voted a reduction in the UN peackeeping mission battling a choldera ......