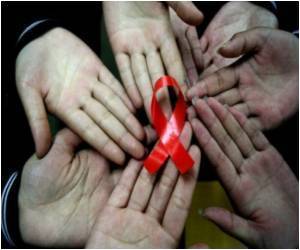 Fear of infection helped drive a 50 percent decline in new cases of HIV in Zimbabwe from 1997 to 2007, said an international study published Tuesday in the United States.

The analysis of social factors that helped to halve what was once one of the worst AIDS epidemics in the world could offer lessons for other nations struggling with HIV rates, the study authors suggested.

"Today's findings strongly show that people in Zimbabwe have primarily been motivated to change their sexual behaviour because of improved public awareness of AIDS deaths and a subsequent fear of contracting the virus," said the study in PloS medicine.


Attitude changes were rooted in mass media campaigns that infiltrated church settings, workplaces and other activities, the researchers said.

Other factors that may have set Zimbabwe apart from "included its well-educated population and strong traditions of marriage," said the study.

Lead researchers were Simon Gregson and Timothy Hallett from the School of Public Health at Imperial College London.

Do you know that there are symptoms for each stage of HIV/AIDS? Learn more from our HIV Symptom Quiz but here's a disclaimer - never go by symptoms alone. Symptoms only indicate the progression of the disease, while only a medical test can confirm it.
Advertisement
<< Experts Ring Alarm Bells Over Rising Teen Obesity Rates
'Aggressive' Dengue Strain Hits Peru >>