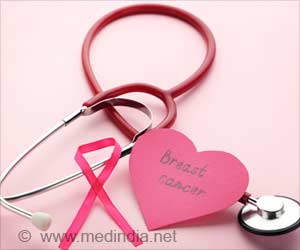 Exposure to blue light at night is linked to a higher risk of developing breast and prostate cancer, according to a study by an international team led by the Barcelona Institute for Global Health (ISGlobal), a centre supported by the "la Caixa" Foundation. The study is published in Environmental Health Perspectives.

Blue light is a range of the visible light spectrum emitted by most white LEDs and many tablet and phone screens.

Advertisement
‘Exposure to blue light at night is linked to a higher risk of developing breast and prostate cancer.’

"WHO's International Agency for Research on Cancer (IARC) has classified night shift work as probably carcinogenic to humans. There is evidence pointing to an association between exposure to artificial light at night, disruption of the circadian rhythm, and breast cancer and prostate cancer. With this study we sought to determine whether night exposure to light in cities can affect the development of these two types of cancer", explains Manolis Kogevinas, ISGlobal researcher and coordinator of the study. "We know that depending on its intensity and wave length, artificial light, particularly in the blue spectrum, can decrease melatonin production and secretion", says Martin Aubé, physics professor at CÉGEP in Sherbrooke, Canada and study co-author.


The study was conducted within the framework of the MCC-Spain project cofunded by the 'Consorcio de Investigación Biomédica en Red de Epidemiología y Salud Pública' (CIBERESP), and includes medical and epidemiological data of more than 4,000 people between 20 and 85 years of age in 11 Spanish regions. Indoor exposure to artificial light was determined through personal questionnaires, while outdoor levels of artificial light were evaluated for Madrid and Barcelona, based on nocturnal images taken by astronauts aboard the International Space Station.
Advertisement
Results obtained for both cities show that participants exposed to higher levels of blue light had a 1.5 and 2-fold higher risk of developing breast and prostate cancer, respectively, as compared to the less-exposed population.

Ariadna García, ISGlobal researcher and first author of the study, says: "Given the ubiquity of artificial light at night, determining whether it increases or not the risk of cancer is a public health issue". At this point, further studies should include more individual data using for instance light sensors that allow measuring indoor light levels. It would also be important to do this kind of research in young people that extensively use blue light emitting screens".

"Currently, the images taken by the astronauts on the Space Station are our only way of determining the colour of outdoor lighting at a large scale, and the spread of blue light-emitting white LEDs in our cities", comments Alejandro Sánchez de Miguel, scientist at the Astrophysics Institute in Andalucía-CSIC and Exeter University.

Source: Eurekalert
Advertisement
<< Accurate Marker to Predict Those at Risk for Psychosis
Is Exercise Good for Heart? >>

Top Myths About Digital Eyestrain and Blue Light
Blue light is the high-energy light just beyond the potentially harmful ultraviolet light and is ......

Blue Light Emitting Diodes can Help in Chemical-Free Food Preservation
Food items like fresh-cut fruits and ready-to-eat meat can be preserved under blue LEDs in ......

Preterm Labor Now Preventable Thanks to a 'Blue Light'
A new and innovative way to prevent preterm labor is now being developed by a team of scientists...