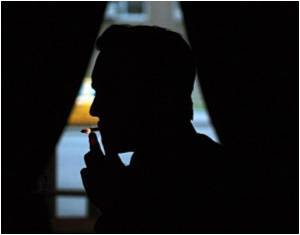 The European Commission could shortly make legislative proposals to move towards plain packaging for tobacco products.

After a ground-breaking Australian court ruling requiring cigarettes and other tobacco products to be sold in un-branded uniform packaging with graphic health warnings from December 1, a spokesman for the EU executive said "the Commission is following this development in Australia closely."

"We are working on a proposal to revise the (EU) tobacco products directive" later in the year, Antony Gravili told a regular news briefing, underlining that "many things are being discussed including the possibility of plain packaging."


He added, referring to graphic health warnings currently required on the reverse of branded packets in Europe: "One of the things we're looking at is for example making the image on the package larger."

Approximately half the smokers die due to smoking -related diseases. But it is not just the smokers who are at the receiving end. The passive smokers too, often pay a heavy price. If you still have not 'kicked the butt', learn more horrifying facts about smoking by participating in the following quiz.
Advertisement
Australia said Thursday it has no plans to ban smoking after the High Court of Australia ruling in response to a manufacturers' challenge.

However, the World Health Organization, which blames smoking for six million deaths per year, expressed its hope that the decision taken in Australia would trigger a global "domino effect."

States including Canada and New Zealand are already looking at similar measures.

The autonomous government in Scotland, after Ireland one of the first to ban smoking in public places in Europe, was already due to outlaw all tobacco product display at point-of-sale in October last year.

Edinburgh is hoping to be able to announce a new date soon, having been forced to delay its plans amid legal challenges from big manufacturers.

Australia is still facing action at the World Trade Organization over the plan from Ukraine, Honduras and the Dominican Republic, as well as an investment treaty lawsuit filed by Philip Morris Asia in Hong Kong.

Legal experts warned that the Hong Kong case was "particularly concerning" because Australia's bilateral investment treaty with the Chinese territory did not have special clauses for public health measures as seen in WTO agreements.

Do you smoke cigarettes daily? Use medindia smoking risk calculator and calculate your reduced Life Span due to Smoking.
Advertisement
<< Over 10 Infants Die in Tirupathi Hospital, Say Sources
Achilles Heel for Cancer Discovered >>

More News on:
Smoking And Tobacco