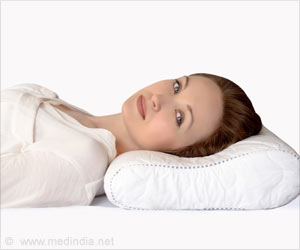 A class of drugs frequently prescribed or purchased over the counter for chronic conditions including sleep problems, depression, anxiety, pain, allergy and incontinence in the elderly is associated with an increased rate of emergency department and hospital utilisation, claims a study.

The findings suggest that drugs with anti-cholinergic properties could be harmful.

Zolpidem which is currently prescribed for people who suffer from insomnia has shown potential to speed up stroke recovery process.
Advertisement
‘Individuals taking anti-cholinergics should talk with their doctors or pharmacists about possible alternatives.’

"Individuals taking anti-cholinergics should talk with their doctors or pharmacists about possible alternatives," said lead researcher Noll Campbell from Indiana University Center for Aging Research in the US.

Researchers found that the use of sleep aids and skin creams was higher than expected among the medications that astronauts used on spaceflight missions.
Advertisement
Sleeping pills, one of the most common medications used by elders, are in this category as anti-histamines, which are available without prescription, according to the study of 3,344 Americans aged 65 and older.

"Anti-cholinergics, the medications that block acetylcholine, a nervous system neurotransmitter, have previously been implicated as a potential cause of cognitive impairment, by us and by other researchers," Campbell pointed out.

"This new study provides stronger motivation to design and conduct de-prescribing studies to determine safe ways to take individuals off anti-cholinergic medications in the interests of preserving brain health and decreasing healthcare utilization rates and their potential costs," Campbell noted.

The findings appeared in the journal Phamacotherapy.

Sleeping pills can increase the risk of heart attacks by up to 50 percent, suggests US study.
Advertisement
<< Listening Online Reviews Can Help Improve Patients Health
To End Son Preference, Women Have to be Empowered And Not J... >>

A new study said that the widespread use of sleeping pills by astronauts can make them less vigilant in the high risk environment of space.