Drugs for Diabetes, Obesity May Prove Useful in Hepatitis C 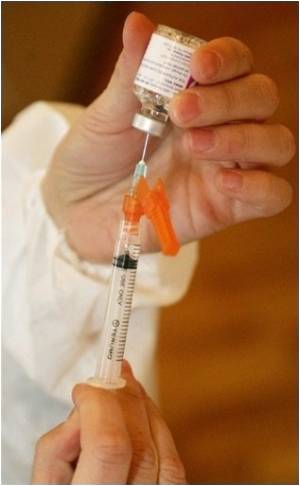 It will be possible to treat hepatitis C virus infection with common drugs used to treat conditions such as diabetes and obesity, a new research led by the University of Leeds has found.

Drugs such as anti-diabetic drug Metformin and AICAR, used to combat obesity, can prevent the hepatitis C virus from replicating in the body, the study suggests.

"We're very excited about these findings. These drugs are already on the market, and whilst substantial clinical trials still need to take place before they can be used to treat hepatitis C infection, we think it could be an enormous step forward in the battle against the virus," said Professor Mark Harris from the University's Faculty of Biological Sciences.


Drugs such as Metformin and AICAR work by stimulating an enzyme called AMP kinase (AMPK) which regulates energy within our cells - the very enzyme that hepatitis C virus represses to enable it to replicate.

Hepatitis B is inflammation of the liver due to infection with the hepatitis B virus.
Advertisement
AMPK's usual function is to conserve the energy balance in cells, which it does by temporarily shutting down the production of lipids (fats) and membranes when it senses an increase in energy requirements.

Harris and his team have now shown that the hepatitis C virus switches off AMPK so that the cell continues production of lipids and membranes, both of which are vital to its survival.

"You'd expect AMPK to be activated when a cell becomes infected by a virus, because it would sense the increase in energy required to enable the virus to replicate. In such cases, AMPK would shut down certain functions of the cell temporarily until the cell's energy is rebalanced. We found that hepatitis C virus, because it needs lipids and membranes, causes the opposite to happen," Harris said.

Building on this finding, the research team were able to examine how cells would react when treated with common drugs that stimulate AMPK. They found that in infected cells, the drugs were able to halt virus replication, enabling cells to clear the infection.

The team will shortly embark on a small-scale clinical trial with The University of Nottingham. This will provide a greater evidence base upon which future clinical trials can be based.

In Hepatitis C Patients, There is Higher HCC Risk With Increased Insulin Resistance