Contestants at a most popular music competition in Senegal have gathered in Dakar with one focus - to build awareness about malaria while competing to win.

Several people sit strumming guitars while a television blares in the background on the top floor of a house where the final contestants in an American-Idol like song contest have been living for the past week. 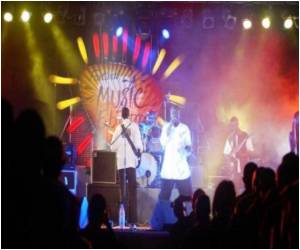 Dakars Ebony Music Festival dedicated to the fight against malaria 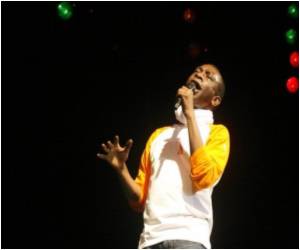 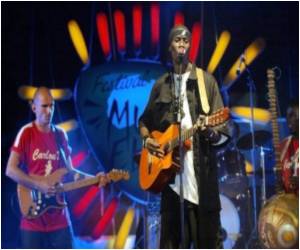 While star power is certainly up for grabs in the finals Wednesday night, the search for Senegal's next big artist is all about teaching people how to stave off the mosquito-borne disease which kills a million people annually.


The contest is linked to the star-studded name of Youssou Ndour, often dubbed Africa's most famous singer. He recently recorded a malaria anthem with other well-known local artists.

Mosquito-borne diseases, like malaria, filaria, dengue, etc are common in places conducive of mosquito breeding. Swamps, ponds and stagnated drainage provide optimal breeding ground for mosquitoes.
Advertisement
His brother and producer Bouba Ndour sees it this way: "If I could sell every line of every Youssou Ndour song in every village in Senegal - I can sell the malaria message."

From some 1,000 demo tapes sent in by contestant hopefuls, numbers have been whittled down to nine finalists in concerts held around the country.

Contestants also had to write tests on malaria knowledge and spend time with healthworkers in villages to proceed to the next round.

Among the finalists is Jack Diabone, 28-year-old radio DJ from Tambacounda in eastern Senegal who himself had malaria just a few weeks ago but "luckily I caught it early."

"I said to myself, why not take part and use my voice to transmit the message."

Ibrahima Diouf, 33, from Kaolack, east of the capital says he gets great satisfaction from taking his knowledge back to his village.

"I learned new things about malaria I didn't know."

According to New York-based NGO Malaria No More which works in Senegal, an African child dies every 30 seconds from the disease which is easily preventable and treatable.

Annual economic loss in Africa due to malaria is estimated to be 12 billion US dollars.

Ndour's malaria anthem tells the story of a young man who gets malaria and misses out on life, and how he should have used a mosquito net.

Appealing to local culture is one tactic to reach global malaria targets to have all Africans covered with prevention and treatment tools by the end of this year, and eliminate malaria mortality by 2015.

"We are taking the power of comedy and music and culture to tell the story of malaria control," Malaria No More managing director Kate Campana told AFP.

A popular Senegalese comedian dresses up like a mosquito in one of Ndour's music videos and its hugely popular traditional wrestlers, whose matches draw tens of thousands, have all signed up to spread the message.

For Bouba Ndour big names are the "only way to attract the public."

"We made sure while the people were there (at the concerts) that the right message is delivered and while they went to a great concert ... they were really prepared to face malaria and change behaviour."

Screened on television and ending with a bang on Wednesday night, the show is like American Idol, but with a humanitarian twist.

Bouba - who is also president of the judging panel - says of the contestants: "It's two extremities. To be honest you will see an artist sing and you will almost laugh. Some of it was terrible you have to admit it, and some of it was very good."

The winner gets to perform to a 20,000-strong crowd in Bercy, Paris with Youssou Ndour in coming weeks as well as an album. While the winner will be a malaria ambassador, so will those contestants heading back to their villages.

Key to Future of Malaria Depends on Disease Control, Not Climate Change

A study published today in the journal Nature casts doubt on the widely held notion that warming global temperatures will lead to a future intensification of malaria
Advertisement
<< Peru Approves Kangaroo Meat on the Menu
Drugs for Diabetes, Obesity May Prove Useful in Hepatitis C >>

Daily Calorie Requirements Drug Side Effects Calculator Diaphragmatic Hernia Color Blindness Calculator Sanatogen Loram (2 mg) (Lorazepam) The Essence of Yoga Drug - Food Interactions Vent Forte (Theophylline) Pregnancy Confirmation Calculator
This site uses cookies to deliver our services. By using our site, you acknowledge that you have read and understand our Cookie Policy, Privacy Policy, and our Terms of Use