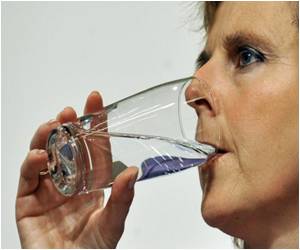 Aluminum has long been linked to the development of Alzheimer's but no scientific relationship has yet been proved.

High concentrations of the neurotoxin have been found in "plaques" in Alzheimer's patients' brains.


Now, researchers at Keele University have found that silicon-rich water "significantly reduced" levels of the neurotoxin in the body of victims.

Literacy and Education May Prevent Dementia

Dementia is characterized by loss of global cognitive ability beyond normal aging in previously unimpaired individual. It affects activities like memory, speech understanding, etc.
Advertisement
Patients in the study drank a liter of mineral water a day for 13 weeks.

One patient saw the amount of aluminum in their body drop by 70 per cent.

Most showed no further signs of cognitive decline and three showed a major improvement.

"There were two parts to our research. The first is that drinking silicon water does remove aluminum from the body. When you drink silicon-rich mineral water, aluminum throughout the body is gathered up into the blood and excreted through the urine," the Daily Express quoted him as saying.

"The second was looking at cognitive abilities of people with Alzheimer's and whether these changed as aluminum reduced. We did see this potential relationship between the removal of aluminum and improvement in cognitive function.

"It is highly unlikely to see changes over such a short period so the fact we saw changes in cognitive ability was quite a surprise.

"We saw improvement in some cases, cognitive function remained the same in others and it did decrease in others," he added.

The stuffy has been published in the Journal of Alzheimer's Disease.

An active brain can certainly help in improving memory by strengthening the connections between neural impulses in brain.
Advertisement
<< Exercise Boosts immune system to Fight future cancers
Eculizumab may Prevent Inflammation in Eye Nerves and Spinal... >>

Vitamin-F
News Archive
News Resource
News Category
Can Influenza Vaccination Protect Against Alzheimer's Disease? Commonwealth Leaders Committed to Accelerate Fight Against Malaria Is Glaucoma Linked to Cognitive Dysfunction? Eyes are the Perfect Shelter for Ebola and Other Viruses Typhoid Fever-causing Bacteria Fight Back Against Drugs
More News
Sign up for Wellness Consult a Doctor Sign up for Selfcare