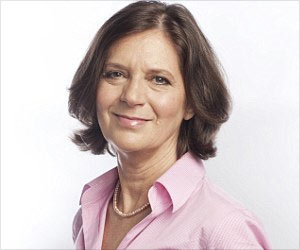 Adele Horin, one of Australia's pre-eminent social affairs journalists, died on 21 November 2015 after battling cancer. She was 64.

She had been diagnosed with lung cancer in 2014 and undergone surgery and chemotherapy. Later, she revealed her diagnosis on her blog.

Lung cancer accounts for nearly 1.3 million deaths annually worldwide. Lung cancer screening can help in early detection of cancer and possible cure.
Advertisement
‘Adele Horin, 64, one of Australias pre-eminent social affairs journalists, died on November 21, 2015 after battling lung cancer. She had been diagnosed with the cancer in 2014.’

"I want to say it's unfair. I never smoked; I've been too much the 'good girl' all my life. But the lung cancer detected in 2014, operated on and treated with chemotherapy, has raged back. The prognosis is poor. I hope for miracles and I look at Clive James with hope. Whatever happens, I've been so lucky," she wrote.


She gave a voice to the poor, the homeless, the marginalized. Her favorite areas of interest include public policy in all its forms, women's rights and education policies. Senior journalist opined that the remarkable thing about her journalism was not just the range of issues she covered, but her powers of observation.

The procedure by which tissue samples are obtained from the lung is known as lung biopsy. The biopsy tissues obtained from the lungs are examined by a pathologist.
Advertisement
Her career began in the 1970s in Perth, where she won a cadetship with The West Australian. In her twenties, Horin moved to New York working for The Australian Women's Weekly and Cleo.

Her career took off however after she joined the now defunct National Times as its US correspondent, based in New York and then Washington. After returning to Australia in 1978, she continued to write for the National Times, rising to become its deputy editor, one of the few women to hold a senior position rank in mainstream journalism at the time.

Horin won a Walkley Award in 1981 for a series on Australians' sex lives. She also received an Australian Human Rights Commission media award in 2011. Horin is survived by her partner Paul, sons Sam and Jeremy, mother Sarah and brothers Andrew and Laurie.

Turmeric Powder - Health Benefits, Uses & Side Effects Find a Hospital Color Blindness Calculator Post-Nasal Drip Drug Side Effects Calculator Selfie Addiction Calculator Loram (2 mg) (Lorazepam) The Essence of Yoga Pregnancy Confirmation Calculator A-Z Drug Brands in India
This site uses cookies to deliver our services. By using our site, you acknowledge that you have read and understand our Cookie Policy, Privacy Policy, and our Terms of Use