Differing Views on Flu Pandemic Present Problems for WHO Probe 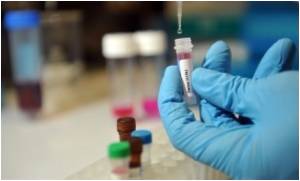 It is proving to be difficult to get a coherent view of what happened with the flu pandemic, the head of a World Health Organisation probe into the international handling of the swine flu pandemic has said.

"The challenge is to believe what is true without getting distracted by the vast diversity of opinions," said Harvey Fineberg, chairman of the review committee of external experts formed in April.

The panel concluded its second three day public hearing on Friday after hearing from national health officials, representatives of the pharmaceutical industry and the media.


"One of the major conclusions is the perception of what happened is radically different from each point of view," he told journalists afterwards.
Advertisement
Fineberg noted that views ranged from those who were supportive of the UN health agency's actions to the outright critical.

At its first hearing in April, the probe quizzed WHO officials and outside health specialists sitting on some of the key panels that advised the agency about issues such as vaccines and the degree of public health alerts.

European parliamentarians last week found "grave shortcomings" in WHO transparency and expressed concerns about the influence of the pharmaceutical industry on decision making, especially the need for costly special vaccines.

The Council of Europe parliamentary assembly said following an inquiry there was "overwhelming evidence that the seriousness of the pandemic was vastly overrated by WHO".

During this week's WHO hearing, French health ministry official Didier Houssin praised the agency's "reactiveness" while suggesting that it should reinforce the credibility of its experts.

She said that the WHO should reveal the names of the members of the emergency committee of disease experts advising the agency's chief Margaret Chan about the degree of danger that A (H1N1) flu represents.

A BMJ report raised concerns about potential conflicts of interest for some scientists who advised the WHO on influenza, because of separate financing for laboratory research by the pharmaceutical industry.

Fineberg, who heads of the Institute of Medicine of the US National Academy of Sciences, said the now 27 strong committee of health specialists and officials has scheduled another public hearing in September, as well as November.

The panel's findings are due to be released by the beginning of 2011.