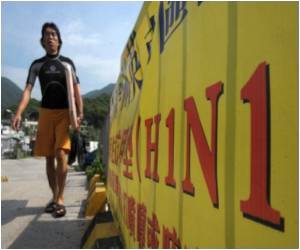 Hong Kong researchers have discovered a new way to treat patients suffering from swine flu, a report said Thursday, after the deadly virus killed more than 18,000 people worldwide in the past year.

A joint study by the University of Hong Kong, Hong Kong Red Cross and the city's Hospital Authority has proven that plasma antibodies taken from recovered swine flu patients are an effective treatment for those suffering from the illness, the South China Morning Post reported.

The treatment has been used on about 30 patients who did not respond to antiviral drugs, although some still died, the paper said.


"Some of them died subsequently, but we have enough evidence to conclude that the antibodies are an effective cure, as most patients have since recovered," Ivan Hung, a medical professor at the university, was quoted as saying.

The World Health Organisation earlier this month said that 18,156 people had died from the virus, a year after it was declared a pandemic, but that the influenza was now "globally less active".

The agency has defended its handling of the pandemic, rejecting a British Medical Journal report that claimed its response was marred by secrecy and conflicts of interest with drug companies among some of its expert advisers.

In Hong Kong, 80 people have died from the virus, the Post said.

The city, which ordered three million doses of swine flu vaccine last year, has been on high-alert over infectious diseases following the outbreak of the SARS virus in 2003, which killed 300 people in the city.

Is the world in the grip of its first influenza pandemic in forty years? It definitely seems so! The current swine flu or pig flu disaster traces its origin to the badly- hit State of Mexico.
Advertisement
Advertisement
This site uses cookies to deliver our services.By using our site, you acknowledge that you have read and understand our Cookie Policy, Privacy Policy, and our Terms of Use  Ok, Got it. Close
×