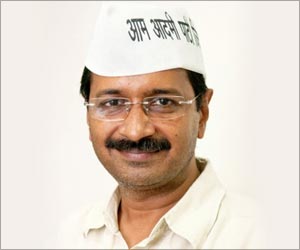 Over 100 cyclists joined the chief minister in the rally held between the 17th century Red Fort in Old Delhi and India Gate, a World War I monument. He was also accompanied by his ministers and other bureaucrats.

How Cycling can Benefit You

Cycling is one of the best available ways to achieve good fitness level in people. It improves overall good health. The benefits of cycling are many and can be achieved easily and effectively.
Advertisement

Kejriwal said, "Traveling needs to be made safe. There is too much congestion on Delhi roads that leads to pollution in the city and that people need to step forward to improve the condition. Cycling helps all, even a diabetic like me."


A fellow cyclist Puneet lauded the government's efforts and urged it to hold the rally on Sundays.

Health Benefits of Cycling For Women

Cycling is a physical activity that is fun and time-efficient and is one of the best ways to reduce health problems specially in women. Read more to know the major health benefits of cycling on women.
Advertisement
<< Secret to Marital Bliss is to Express Gratitude and Say 'Th...
Anti-Smoking Drug Varenicline may also Help Treat 'Betel Nu... >>

Health Researchers: Walking or Bicycling to Work can Motivate Colleagues to Follow Suit

Health researchers suggest that people who walk or bike to work are likely to influence their co-workers and partners to do the same.

Increasing Number of People are Cycling to Work

The number of people from working class who opt to ride bikes to their work places instead of other vehicles has seen a rise over the past year.
Advertisement
News A-Z
A B C D E F G H I J K L M N O P Q R S T U V W X Y Z
What's New on Medindia