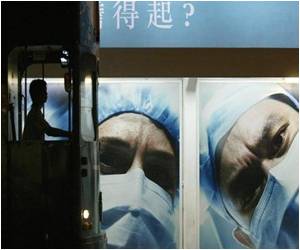 The World Health Organization said that the global death toll from a SARS-like virus has risen to 30, after three people died of the illness in Saudi Arabia, which is bearing the brunt of the outbreak.

WHO spokesman Glenn Thomas told reporters that the number was raised from 27 after Saudi authorities confirmed the deaths of the three, who had previously been reported to the WHO as suffering from the disease.

In addition, Thomas said, a new case has been recorded in Saudi Arabia, lifting the global total to 50, including the fatalities.


The new virus was last week renamed the Middle East Respiratory Syndrome Coronavirus, or MERS, reflecting the fact that the bulk of the cases are in that region.
Advertisement
There have now been 39 confirmed cases in Saudi Arabia, 25 of them fatal, according to WHO figures.

The UN health agency logs cases and deaths according to the country where the individual is thought to have caught the disease, with its Saudi toll including one individual who subsequently died in Britain.

Previously known as nCoV-EMC novel coronavirus, the disease is a cousin of Severe Acute Respiratory Syndrome (SARS), which sparked a world health scare in 2003 when it leapt from animals to humans in Asia and went on to kill some 800 people.

Like SARS, the new virus appears to cause an infection deep in the lungs, with patients suffering from a temperature, cough and breathing difficulty. But it differs from SARS in that it also causes rapid kidney failure.

Health officials have expressed concern about the high rate of fatalities compared to the number of cases, warning that the disease could spark a new global crisis if it acquires an ability to spread more easily.

Incubation Period for SARS-like Virus may be Longer
A study revealed that the incubation period of the SARS-like virus that has killed 27 people ......

SARS-like New Virus Could Be 'Threat To The Entire World': WHO
A new virus, similar to the dreaded Severe Acute Respiratory Syndrome (SARS) virus, and has termed ....