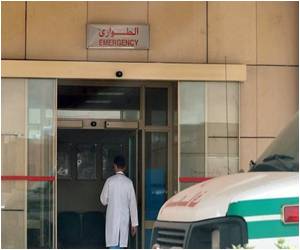 The Saudi health ministry revealed that it has recorded five new cases of a deadly SARS-like virus in the east of the oil-rich kingdom.

It identified those affected as elderly people aged between 73 and 85 who had been grappling with chronic illnesses.

The announcement came as France's first victim of the nCoV-EMC novel coronavirus -- a cousin of the Severe Acute Respiratory Syndrome (SARS) that sparked a world health scare in 2003 -- died on Tuesday.


The 65-year-old man is thought to have contracted the virus in Dubai, and a man who shared a hospital room with him in France is also affected.

Saudi Arabia counts by far the most cases of the new virus, with more than 30 confirmed infections and 18 fatalities. Cases have also been detected in Jordan, Qatar, Tunisia, the United Arab Emirates, Germany, and Britain.
Advertisement
The virus, which has killed 24 people so far, was last week redubbed the Middle East Respiratory Syndrome Coronavirus, or MERS.

SARS erupted in east Asia 10 years ago, leaping to humans from animal hosts and eventually killing some 800 people.

Like SARS, the new virus appears to cause an infection deep in the lungs, with patients suffering from a temperature, cough and breathing difficulty, but it differs from SARS in that it also causes rapid kidney failure.

WHO Concerned Over Potential Spread of SARS-Like Virus Among Humans
The World Health Organization deputy chief has voiced deep concern over the potential spread of ......