Crime of Abortion Gets Reduced Penalty in Mexico 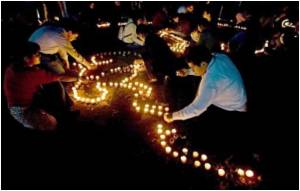 From a prison sentence of 29 years for going through an abortion, six women will get it reuced to eight years because of a reform in central Mexico, reported defense groups.

Half of Mexico's 32 states punish abortions with prison sentences. Mexico City is alone in having decriminalized abortion during the first 12 weeks of pregnancy.

Are you pregnant? Use Medindia's simple and useful calculator to find out whether you are pregnant or not.
Advertisement

Animation on how to use Female condom and its advantages.
Advertisement

Abortion is the termination of pregnancy. It is done either by removal (surgically) or expulsion of the ...

The term stillbirth is used when fetal death occurs after twenty weeks of pregnancy. A change in fetal ...
This site uses cookies to deliver our services.By using our site, you acknowledge that you have read and understand our Cookie Policy, Privacy Policy, and our Terms of Use  Ok, Got it. Close
×