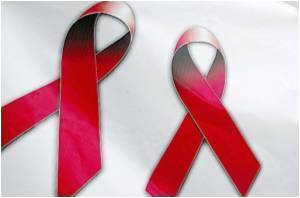 The Parliamentary Consultative Committee of Ministry of Health & Family Welfare met in Delhi today to discuss National AIDS Control Programme Phase-III (2007-12). Addressing the Members the Union Minister for Health & Family Welfare, Shri Ghulam Nabi Azad said that a significant chunk of the estimated populations of high risk groups and populations of truckers and migrants have been reached through targeted interventions which have been successful in bringing down the prevalence of HIV in the southern states.

The Minister informed that a total of 143.8 lakh clients including 61.2 lakh expecting mothers were counseled in the Integrated Counseling and Testing Centres (ICDCs) across the country during 2009-10. In order to increase awareness NACO launched Red Ribbon Express on World AIDS Day 1st December 2009. This is the largest mass mobilization campaign on HIV AIDS in the world covering 152 stations in 22 states.

The Red Ribbon Express is currently working its way through Madhya Pradesh before moving on to Uttar Pradesh, Uttrakhand, Punjab, Haryana and Jammu & Kashmir before returning to Delhi on 1st December 2010. For people living with HIV AIDS, 64 new anti-retroviral therapy (ART) centres have been established in last one year. 89,000 new patients are receiving free ART treatment. 21 New Community Care Centre and 367 Link ART Centres have been established in the last one year. Generic anti-retroviral drugs by Indian Companies have brought down the cost of first line treatment from US $ 800 per year, a few year back, to US $ 10 a month at present.


The HIV epidemic has seen some stabilization as adult HIV prevalence is now estimated at 0.31 percent as compared to 0.36 percent in 2006. The six high prevalence states have shown a declining trend in prevalence, the Minister said.

This Interactive provides step by step visual aid showing how to correctly use condoms which can prevent transmission of HIV, other sexually transmitted diseases and pregnancy
Advertisement
Shri Azad informed that a National Strategy to tackle the increasing trend of HIV positivity amongst migrants is being put in place as states like Uttar Pradesh, Bihar, Orissa, Rajasthan where out migration is high need to be watched carefully.

The Members of the Consultative Committee raised the issues of universally accepted nomenclature, involvement of educational institutions, blood safety, wider testing, social stigma and use of local languages for the awareness purposes.