Cervical Cancer Test by Swiss Firm Receives Approval from US 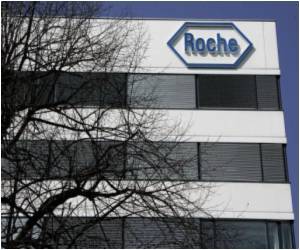 US authorities have given their approval to Swiss pharmaceutical giant Roche to market its test which screens for cervical cancer.

The US Food and Drug Administration FDA has approved the cobas HPV (Human Papillomavirus) Test which identifies women with the highest risk of developing cervical cancer.

It is the only FDA-approved cervical cancer screening test that identifies genotypes 16 and 18, the two most aggressive forms of the potentially-fatal virus, at the same time as other high-risk forms, the company said.


Roche estimates that more than 55 million cervical smear tests are carried out in the US every year.

Last week the firm reported a nine percent fall in its first-quarter sales compared with a year ago, hurt by a strong Swiss franc.

The Basel-based group confirmed its full-year target, with group sales expected to grow at "low single-digit rates in local currencies."

Cancer is one of the frequently talked about and most feared disease that falls under the genre of lifestyle diseases that have evolved, rather rapidly, in the past two decades.
Advertisement
<< The Benefit of a Bilingual Brain
Cholera Raises Its Ugly Head in Haiti >>