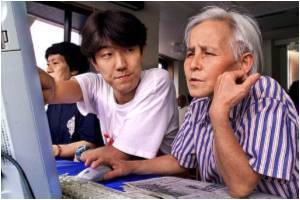 The Centers for Disease Control (CDC)'s National Center for Health Statistics has shown that age-adjusted death rates for 10 of the 15 leading causes of death in 2009 dropped significantly.

Statistics show that Americans are living longer - life expectancy at birth went up to 78.2 years in 2009.

Higher cancer death rate continues to haunt African Americans, new study shows. The death rate is higher than what is prevalent among all other racial and ethnic groups.
Advertisement

As death rate jumped more than 60 percent this year Malaysian health authorities announced on Wednesday that they were testing a dengue vaccine in a bid to combat the disease.
Advertisement
<< Researchers Create Organic Nanoparticle That Uses Sound, He...
Is Depleted Uranium Present at Springfield Armory? >>

In a recent research it has been found that in Europe smoking accounts for up to 60 percent of the gender gap in death rates.

Directing the Course to Healthy Aging
News Archive
News Resource
Advertisement
News Category
Milestone In Voluntary Blood Donation Achieved Samsung Reinvents Toilet for the Poor Which is a Better Form of Exercise: Daily or Weekly? First Phase of Foot-and-Mouth Disease Vaccination Shocking News: Polio Cases Return After a Decade in the US
More News
Sign up for Wellness Consult a Doctor Sign up for Selfcare