Cancer Cells can be Targeted and Disrupted by Common Cold Virus? 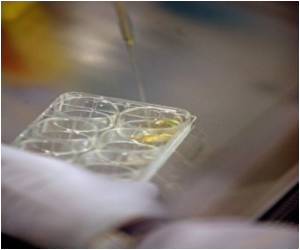 Using viruses to target cancer cells has emerged as a new treatment option, a new study has found.

Conrado Soria, Ph.D., a research assistant and co-first author of the study, quickly realized that E1B-55K was only half of the story. "The inability of the E1B-55K-mutant virus to replicate in normal cells was not because the virus failed to degrade p53," he explains.


In unstressed normal cells, p53 is only found at low levels due to rapid degradation. In response to DNA damage, the activation of oncogenes or infection by DNA viruses, p53 degradation is halted and as a result p53 protein levels accumulate. This increase activates p53 target genes, which arrest the cell cycle or induce apoptosis.


Just as predicted, p53 started to build up in normal cells that had been infected with adenovirus lacking E1B-55K but it was still unable to turn on its target genes and start the cell on the path to apoptosis. He eventually discovered why: Adenovirus brings along another protein, E4-ORF3, which neutralizes the p53 checkpoint through a completely different mechanism.

Instead of inactivating p53 directly, the tiny protein prevents the tumor suppressor from binding to its target genes in the genome by modifying chromatin, the dense histone/DNA complex that keeps everything neatly organized within the cells' nucleus. "These modifications cause parts of chromosomes to condense into so-called heterochromatin, burying the regulatory regions of p53 target genes deep within," says graduate student and co-first author Fanny E. Estermann. "With access denied, p53 is powerless to pull the trigger on apoptosis."

O'Shea hopes to exploit these new insights to understand how high levels of wild type p53 might be inactivated in cancer as well as the mechanisms that induce aberrant silencing of tumor suppressor gene loci in cancer cells. "Our study really changes the longstanding definition of how p53 is inactivated in adenovirus-infected cells and will finally allow us to develop true p53 tumor selective oncolytic therapies."