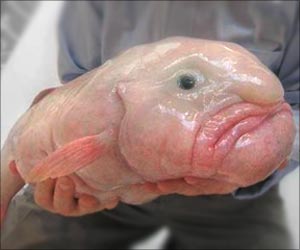 Blobfish has been named as the world's ugliest animal, reveal poll results.

Animal testicles, with a pinch of humor, are back on the menu in the Serbian food festival
Advertisement

The blobfish topped the poll after 3000 votes on 12 creatures were lodged.

The third place was bagged by the axolotl, a Mexican amphibian also called the "walking fish".

Bugs may Help Decode the Relationship Between Animals and Bacteria

Scientists may have come closer to revealing the relationship between animals and bacteria, which may shed light on the association between humans and bacteria for health
Advertisement
Other candidates in the fight were the proboscis monkey and the Titicaca water frog.

A total of 88,000 people visited the website where the online poll, which was aimed at raising awareness of unsightly species that play an important role in the ecological web, took place.

Guppy Fish may Now Fight the Spread of Dengue