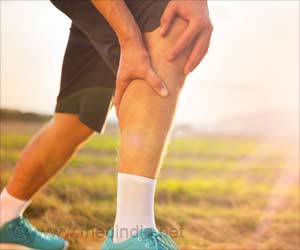 The prevalence of arthritis in the United States is much higher than currently estimated, especially among adults younger than 65 years. Recent research found that better monitoring is needed to monitor arthritis prevalence in the US population and to develop better prevention strategies.

Current national estimates of arthritis rely on a single survey question, asking participants whether they remember being ever told by a health professional that they have arthritis, without using information on patients' joint symptoms that are available in the survey. Because many cases of arthritis may be missed, S. Reza Jafarzadeh, DVM, MPVM, PhD and David T. Felson, MD, MPH, of Boston University School of Medicine, developed a method for arthritis surveillance based on doctor-diagnosed arthritis, chronic joint symptoms, and whether symptom duration exceeded three months.

Advertisement
‘Arthritis affected 91.2 million US adults which included 61.1 million persons between 18-64 years which is 31.6 percent of the population.’

In their analysis of the 2015 National Health Interview Survey (NHIS), the researchers found that arthritis affects a much higher percentage of the US adult population and at a younger age than previously thought. Of 33,672 participants, 19.3 percent of men and 16.7 percent of women age18-64 years reported joint symptoms without a concurrent report of a doctor-diagnosed arthritis. For participants 65 years of age and older, the respective proportions were 15.7 percent and 13.5 percent.


The prevalence of arthritis was 29.9 percent in men aged 18-64 years, 31.2 percent in women aged 18-64 years, 55.8 percent in men aged 65 years and older, and 68.7 percent in women aged 65 years and older. Arthritis affected 91.2 million US adults (36.8 percent of the population) in 2015, which included 61.1 million persons between 18-64 years (31.6 percent of the population). The investigators' prevalence estimate is 68 percent higher than previously reported arthritis national estimates that did not correct for measurement errors in the current surveillance methods.
Advertisement
"Our findings are important because of underestimated, yet enormous, economic and public health impacts of arthritis including healthcare costs and costs from loss of productivity and disability, including in adults younger than 65 years of age," said Dr. Jafarzadeh. "Studies have reported a rising rate of surgeries such as total knee replacement that outpaced obesity rates in recent years, especially among younger adults affected by arthritis." He noted that current arthritis surveillance methods, which have been used since 2002, should be revised to correct for inherent limitations of the survey methods and to increase accuracy.

Physiotherapy for Arthritis
Physiotherapy enables patients with debilitating disease to regain loss of function in their ......