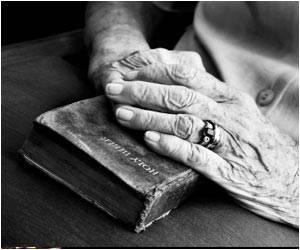 Rare variants in the gene coding an enzyme that controls the activity of a key immune cell occur more frequently in individuals with autoimmune disorders like rheumatoid arthritis and type 1 diabetes, scientists have revealed.

They have identified a pathway that could be a therapeutic target and may present a model for future investigations of the role of rare gene variants in common disorders.


"Our approach of identifying rare variants by detailed examination of the gene sequence, followed by in vitro functional studies and analysis of effects in patients, could be a template for future full-genome studies," Pillai added.

Most parents when told that their child has arthritis find it hard to believe it, as arthritis is regarded an adult's disease.
Advertisement
Earlier research conducted by Pillai's team, in collaboration with investigators at the University of California at San Diego, found that mice in which the gene for an enzyme called sialic acid acetylesterase (SIAE) was knocked out developed a condition similar to the autoimmune disease lupus.

SIAE normally controls the activity of B cells, which produce antibodies after encountering and recognizing foreign antigens. Without the inhibiting action of SIAE, B cells that react against an individual's own "self" tissues could be released into circulation, possibly resulting in an autoimmune disease.

The current study was designed to investigate whether SIAE defects have a role in human autoimmune disease.

Most studies searching for genetic contributions to common diseases have been genome-wide association studies (GWAS), which scan key markers across participants' genomes to find variations that are more frequent in those affected by a particular disorder.

These scans have identified some common variants associated with conditions such as heart disease, cholesterol levels, type 2 diabetes, and some autoimmune disorders; but in general the contribution of these variants to disease susceptibility has been very small.

GWAS approaches have not linked any variants in SIAE to human autoimmunity; however, since such studies do not scan each base pair in every gene, they cannot find variants that occur rarely in the general population but more frequently in affected individuals.

To more fully investigate the possible contribution of rare SIAE variants to human autoimmunity, the researchers completely scanned the protein-coding portions of the SIAE gene in blood samples from a total of 923 individuals with common autoimmune disorders and 648 control participants.

Variants that interfered with either the activity or the secretion of the enzyme were found in 24 autoimmune participants and 2 of the controls, indicating that these changes were almost nine times more common in patients with autoimmune disease than in controls.

One variant only prevented the secretion of SIAE if inherited from both parents, but the other 11 identified variants interfered with the enzyme's activity when only a single gene copy was altered.

"While loss-of-function variants in SIAE itself account for only about 2 or 3 percent of autoimmune cases, Pillai explains, "we are actively investigating other genes in this pathway that may be defective in a larger percentage of patients. We're also identifying subsets of patients with SIAE defects who may be candidates for several approaches to alleviate or even correct the defects."

The study appears in the journal Nature.