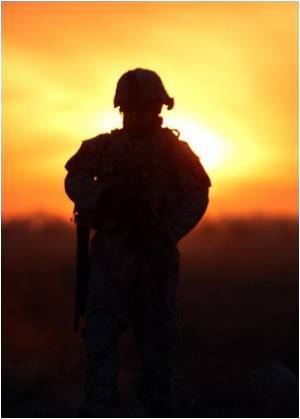 Indian Defence Minister AK Antony assured the military on Monday that there would be no constraints on the outflow of funds for the modernization of 'Armed Forces Hospitals'.

Addressing a select gathering after presenting the Raksha Mantri's trophies for the best command hospital here, Antony noted with satisfaction that the Armed Forces Medical Services (AFMS) have utilized their entire annual budget of Rs 90 crores for the current financial year.

An Indian doctor, a major in the Army Medical Corps, who faked his suicide to elope with a fellow officer's wife, has now been sacked.
Advertisement

"All hospitals will be modernized at par with the best hospitals in the country in a phased manner," he said.


Antony further said that a proposal for the restructuring of the 'Military Nursing Service' has also been approved by the Defence Ministry and would soon be examined by the Union Cabinet.

In a rare case of organ donation, the organs from war veteran brigadier from the Indian Army were retrieved late last night and transplanted till the early hours today.
Advertisement
He lauded the contribution of the AFMS in various missions abroad including under the UN Flag such as Ethiopia, Lebanon, Golan Heights, Congo and Afghanistan.

Earlier, the Defence Minister presented the Raksha Mantri's Trophies for the best command hospital for the year 2010 to Mumbai based Indian Naval Hospital Ship Asvini. Surgeon Rear Admiral YP Monga, Commandant of the hospital received the trophy and a cash prize of Rs ten lakhs.

The Southern Command Hospital, Pune, was awarded the second best command hospital trophy, carrying a cash prize of Rs. three lakhs, which was received by Major General SS Panwar, Commandant of the hospital.

To check the growing trend of fratricides and prepare soldiers for asymmetric warfare, the Indian Army is all set to introduce Group Personality Tests for jawans.
Advertisement
Advertisement
This site uses cookies to deliver our services.By using our site, you acknowledge that you have read and understand our Cookie Policy, Privacy Policy, and our Terms of Use  Ok, Got it. Close
×