Appalling Negligence by the NHS 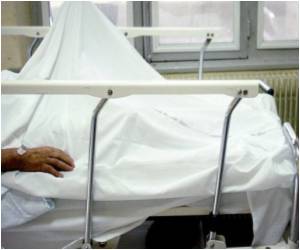 The National Health Service [NHS] in Britain has been severely criticized for neglecting even the most basic care of the elderly in the country.

The Health Service Ombudsman who carried out the investigation has reported shocking incidents when old people have not been given enough food and drink, not taken to the toilet or given a bath, not attended to when they call for help, ignored by chatting nurses, dismissed carelessly by doctors, and in one incident life-supporting machine being switched off  in spite of the family's protests.

Ann Abraham who carried out the investigation reports that the NHS was failing deplorably in looking after those who needed it the most and sadly, they were the ones who made the least amount of fuss.


Michelle Mitchell, charity director at Age UK, said, 'This is not only a damning indictment of our health service, but of our society in general, where older people count for less and damaging discriminatory attitudes against older people remain rife.'

What the Average Briton Feels About Youth, Middle Age, and Old Age

Youth is thought to be over at 35 and old age is thought to begin at 58 , the inbetween years is middle age , according to an average Briton.
Advertisement
Families of old people who have faced this negligence are advised to approach the hospital with their concerns, and then, make a formal complaint to the primary care trust. If that does not work, independent organizations like the Patient Advice and Liaison Service or the Independent Complaints Advocacy Service could step in.

The Daily Mail had launched a campaign where funds were raised to establish helpline to deal with complaints. Nevertheless, more needs to be done for old people to live with dignity at the end of their lives.

Find a Hospital Calculate Ideal Weight for Infants Hearing Loss Calculator Diaphragmatic Hernia Indian Medical Journals Selfie Addiction Calculator Post-Nasal Drip Sanatogen Blood - Sugar Chart Noscaphene (Noscapine)
This site uses cookies to deliver our services.By using our site, you acknowledge that you have read and understand our Cookie Policy, Privacy Policy, and our Terms of Use  Ok, Got it. Close
×