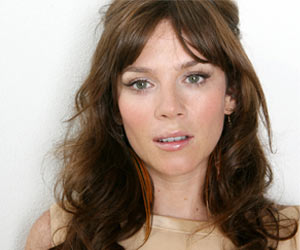 Hollywood star Anna Friel has been criticized by health experts after she revealed that she has replaced solid food with just 12 cups of syrupy liquid every day in order to retain her young looks.

In an interview with Grazia magazine, Friel said that substituting solid food with a cocktail of maple syrup, cayenne pepper, lemon juice and water has benefited her skin, adding that she has been following this diet for the last two months. Known as 'master cleanse', the regime has been used by a number of celebrities, including Gwyneth Paltrow, Beyonce and Naomi Campbell, to lose weight though Friel said that she uses it as part of her anti-ageing regime.

However the regime has been criticized by a number of health experts who say that celebrity obsessed teenagers will ape their screen idols, while some say that what you eat does not influence your skin.


Says Sioned Quirke, of the British Dietetic Association, "From a nutritional point of view, you are lacking in all the essential nutrients which your body requires on a daily basis to function. How could you possibly feel better if you are depriving yourself of everything that your body needs to survive? If you are lacking in these nutrients for a matter of days, let alone weeks, your body will suffer. It's a myth that what you eat affects your skin. We have a liver and it's very good at its job. So any detoxing that needs to be done is done by the liver."