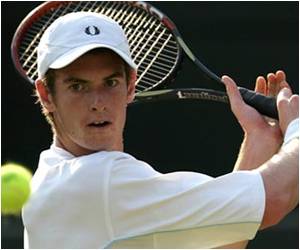 Britain's Andy Murray continued his 2015 campaign on a winning note as he helped Great Britain to edge past France 2-1 in the Hopman Cup.

Commenting on his shoulder pain he said, "I had the problem in Abu Dhabi a couple of days ago. I had a scan in Abu Dhabi and that was all clear and it did not really make sense for a right-handed player to have a problem with their left arm."

Several British newspapers were in raptures after Andy Murray's big win, with several calling him to receive knighthood for ending the country's 77-year wait for a men's champion
Advertisement


The temperature was 44 degrees and Murray said, "It was a bit of an eye-opener when we arrived at the practice court that morning. The conditions there are fantastic to get ready for Melbourne."

Britain will play Poland and Australia on Wednesday and Friday respectively, with the group winners reaching Saturday's final.

What distinguishes the successful people who achieve their goals versus those who are equally skilled but not as successful?
Advertisement

Researchers have come up with a new test machine which can mimic the impact of elite tennis players on tennis courts.
Advertisement

Inflammation of the fluid filled bursa within the shoulder joint is termed bursitis and causes painful ...

A dislocated shoulder is an injury which causes your upper arm bone to slip out of its socket.

Frozen shoulder is characterized by stiffness and pain in shoulder that most commonly affects the elderly. It ...

Arm sprain is a painful condition that occurs due to excessive stretching, twisting or tearing of a ligament ...