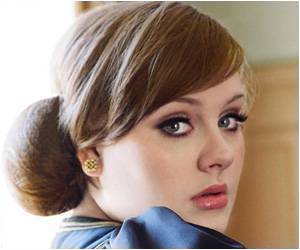 British pop singer Adele is reported to be using a voice-generating app on her smartphone to communicate after she was told by her doctors to rest her voice for some time following a throat surgery.

The 23-year old was forced to cancel her entire 2011 tour following a problem with her voice that necessitated her undergoing a throat surgery. While she is expected to completely recover from her surgery, doctors have suggested that she rest her voice in order to speed up the recovery process.

Adele has now resorted to typing messages into her smartphone and using the app to convert the text message into voice message. She is reported to be using the app so that she can order a taxi or at Starbucks.

Laryngeal cancer is also called cancer of the larynx or throat cancer or laryngeal carcinoma. It usually affects men over the age of 55 years.
Advertisement
Advertisement