What is Arm Liposuction?

Arm Liposuction is a cosmetic surgical procedure to remove excess fat from under the skin of the upper arm to obtain shapely arms.

Arm liposuction is usually done for cosmetic reasons. It may also be used to treat a condition called lymphedema. In this condition, a fluid called lymph accumulates in the arm leading to swelling. Lymph normally drains into lymph nodes. Thus, lymphedema of the arm may occur following removal of lymph nodes during for breast cancer. In the long term following the surgery, the lymphedema causes accumulation of fat in the subcutaneous tissue, which can be removed by Know About Liposuction. 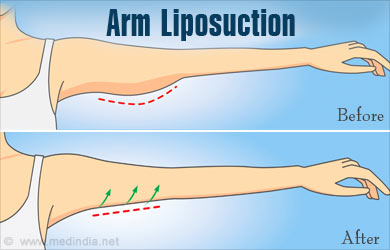 What are the Types of Arm Liposuction?

There are several types of liposuction procedures. These include:

What are the Preparations Needed before the Arm Liposuction Procedure?

Liposuction for the arm should be offered only after the patient has made attempts to lose the fat through diet and exercise. It should be emphasized to the patient that the procedure is not a replacement for exercise and diet control; if these are ignored following the surgery, it is highly likely that the fat will reappear and the surgery will be unsuccessful. 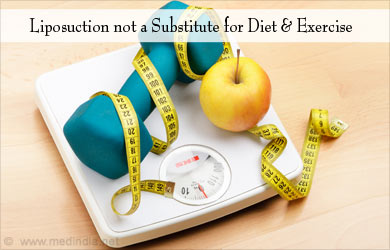 Patient selection is important for a good result. The skin should be elastic enough so that the arm does not appear flabby after the liposuction procedure. An arm lift may be required following the procedure in case the skin looks droopy.

The patient has to be evaluated through history, physical examination and several tests to make sure that the patient is fit for the surgery. The tests include blood tests and ECG to evaluate the cardiac condition.

How is the Arm Liposuction Procedure Done?

The liposuction procedure is done under local anesthesia though sometimes sedation or general anesthesia may be used. An IV line is put in place to administer fluids. An adequate amount of fluids should be given during and after the procedure. Markings for the incisions are made on the skin with the arm raised at 90 degrees and bent at the elbow.

Local anesthesia is achieved using two techniques - the super wet or the tumescent techniques. These techniques are used to infiltrate the anesthetic solution that contains lidocaine, adrenaline, sodium bicarbonate and normal saline. Lidocaine is the anesthetic adrenaline helps to control blood loss, and sodium bicarbonate helps to neutralize the acidity of the solution and therefore, reduce the pain due to the infiltration. These techniquesreduce blood loss and the amount of intravenous fluid required during the procedure. 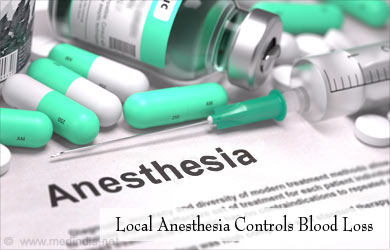 Once anesthesia is achieved, incisions are made at the marked points. A cannula which is connected to the liposuction instrument is introduced through the incision to carry out the liposuction. Smaller cannulas may be preferred because they cause less scarring. Following the procedure, compression wraps are used around the arm to reduce bleeding and swelling.

What are the Benefits and Risks in Arm Liposuction?

Arm liposuction is usually a safe procedure and gives good results. However, sometimes, the initial results may be good, but the appearance could worsen with time. Therefore, it is important to set patient expectations well before the procedure. The patient should also be cautioned that the fat could return, if lifestyle changes like diet control and exercise are not seriously pursued.

Side effects that could occur following the arm liposuction include the following: 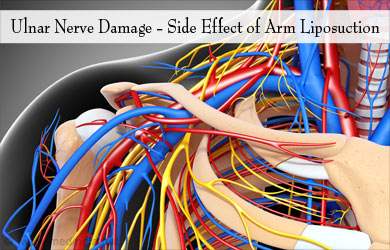 Liposuction
Liposuction is a cosmetic procedure, which is used to suck out the excess or abnormal fat deposition to give a well-contoured shapely look.

Laser Liposuction to Replace 'Tummy Tucks' in the Future
Tummy tuck operations could be replaced by a new minimally invasive treatment involving lasers that melt fat, a new study reveals.

High-Fat Diets Trigger More Fat Accumulation in Women Than in Men
The reason behind women's tendency to store more fat around their abdomen compared to men is still unknown. However, few studies explore the biology behind it and might have the answers.

Anesthesia Overdose Causes Death of a Teenage Boy in Bangalore
A teenage boy, who was admitted to a Bangalore hospital for liposuction, died due to anesthesia overdose. He suffered a cardiac arrest.