What is Intravenous Fluid Replacement Therapy?

We often picture a patient in a hospital with a drip running by the side. The drip contains fluids and sometimes electrolytes that are administered directly into a vein.

Body fluids have a delicate balance of water and electrolytes like sodium, potassium, bicarbonate and chloride. Fluids are present within the blood vessels in the form of blood, as well as outside the blood vessels within cells and surrounding tissues. There are certain situations when excess water and electrolytes are lost from the body. These include burns, severe vomiting and diarrhea, or trauma where blood is lost. If the amount of fluids in the blood vessels is reduced, the kidneys and other organs can shut down. Therefore, there is an urgent need to replace fluids in the body. This fluid replacement is achieved by intravenous fluid therapy. Intravenous fluids are particularly necessary when there is a major loss of fluid or the patient cannot take in fluids orally. Cases of blood loss should be treated with blood transfusion; however, intravenous fluids may be administered till blood is made available. 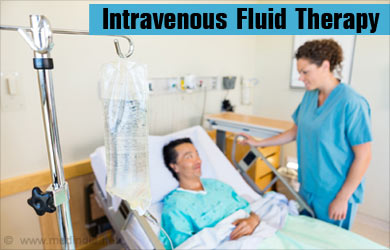 Several drugs are also administered through IV fluids. These come either premixed with the fluid or have to be mixed before administration. It is important to note the instructions on the medication since some drugs cannot be given with certain IV fluids. Intravenous medications are particularly useful in emergencies because they act almost immediately.

Intravenous fluids are also used provide nutrition for those who cannot take in nutrition orally through a Ryles tube. They are administered during surgery to provide fluids and administer drugs.

What are the Types of Intravenous Fluids?

Intravenous fluids are of two types  crystalloids and colloids.

Crystalloids contain water, electrolytes and /or glucose in different proportions. Some of the crystalloids available include:

Crystalloids are usually useful to replace extravascular fluids. They do increase blood volume, but their effect is temporary, hence they are used for fluid replacement for short-term purposes only. Fluids containing dextrose provide energy, while saline fluids contain sodium chloride in varying concentrations. Hypertonic saline contains high amounts of salt and can be given to people with low sodium levels. On the other hand, hypotonic saline is given in those with high sodium levels. A hypertonic solution also extracts the excessive fluid and reduces brain swelling in patients with a head injury. Ringer lactate and Plasma-Lyte contain electrolytes like sodium and potassium and resemble body fluids to a greater extent.

Examples of colloids are: 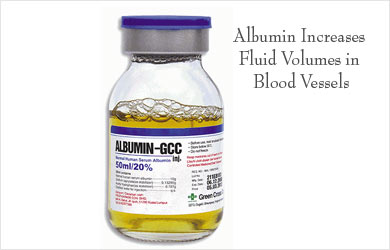 How is Intravenous Fluid Therapy Administered? 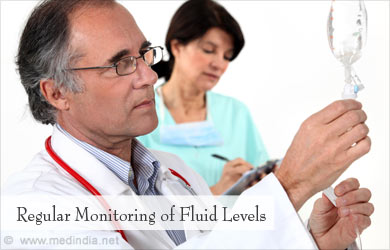 What are the Complications Associated with Intravenous Fluid Therapy?

Complications due to intravenous fluid therapy include:

Robots may be Used for Blood Draws or the Placement of IV Lines
The world's first automated venipuncture medical device was found to have greater than 95% first stick accuracy than human phlebotomists.

Study Finds Lower Chloride Use in IV Fluids for ICU Patients May Lower Risk of Kidney Injury
Restricting the amount of chloride in intravenous fluids administered to critically ill patients in an intensive care unit was found to lower risk of acute kidney injury.

Intravenous Fluid Used for Critically Ill Patients Linked With Risk of Death, Acute Kidney Injury
In an analysis of studies that examined critically ill patients requiring an increase in blood fluid volume, intravenous use of the fluid hydroxyethyl starch was associated with adverse outcomes.

Bronchiolitis
Bronchiolitis is an acute lower respiratory infection, which is common among the children under 2 years of age.
Sign up for Wellness Consult a Doctor Sign up for Selfcare
Advertisement
Health Topics A - Z
A B C D E F G H I J K L M N O P Q R S T U V W X Y Z