"Babies are bits of star-dust blown from the hand of God. Lucky is the woman who knows the pangs of birth for she has held a star. ~Larry Barretto

Giving birth is indeed the most incredible moment in a womans life. Proper management of labor is indeed a challenging and demanding issue that requires administration of pharmacologic agents to assist labor and delivery.

There is always a threat of adverse effects of the administered drugs on the health and wellness of the mother and the newborn.

Induction and Augmentation of Labor

However, pregnancies with complications require pharmacologic agents to induce and augment labor.

Cervical ripening is associated with alignment of collagen fibers, reduction in the tensile strength of the collagen fibers and extracellular cervical matrix and increase in the level of cervical dermatan sulfate proteoglycan 2.

They are liberated naturally during the onset of labor to facilitate the process. There are two types of prostaglandins F- and E- series. Both the types enhance the level of intracellular calcium resulting in contraction of myometrial muscles.

Recent researches have shown that intravaginal use of prostaglandins can increase the chances of vaginal delivery within 24 hours.

However, prostaglandins lead to adverse effects such as maternal nausea, fever, hyperstimulation of uterus, diarrhea and fever.

Currently dinoprostone is the only prostaglandin available commercially. It is available as vaginal gel (Prepidil 0.5 mg) and vaginal insert (Cervidil 10 mg).

An example of prostaglandin analogue that is safe and inexpensive is Misoprostol (Cytotec). The advisable dose is 50 mcg to 100 mcg orally every four hours.

Since 1950s, oxytocin is used for inducing uterine contractions and cervical ripening.

Oxytocin can be used for induction of labor after cervical ripening is induced by miosprostol.

Oxytocin is often associated with side effects such as anti-diuresis, uterine rupture and hyperstimulation of uterus.

Agents such as corticosteroids, relaxin, hyaluronidase, mifepristone, estrogens and isosorbide mononitrate are still under scrutiny.

Pharmacologic agents are used extensively to manage the pain during labor.

Since inhaled nitric oxide does not interfere with the functioning and release of oxytocin, it can be safely used, as an analgesic. Moreover, nitric oxide is not associated with any prominent side effects.

Systemic analgesia is provided by opioid agonist and antagonists.

The commonly seen side effects of opioids are increased maternal temperature, postdural puncture headache, pruritus, vomiting and drowsiness. The newborn may suffer from fetal heart rate abnormalities and neonatal depression.

Neuraxial analgesia is capable of providing better pain relief and is often combined with local anaesthetics and opioids.

Presently neuraxial analgesia is regarded as the best pain management standard and is widely used.

However, certain side effects can be seen such as pruritus, hypotension, maternal headache, fetal bradycardia, fever and maternal hyperthermia.

Bupivacaine causes prolonged analgesic effects with no tachophylaxis. During early labor, bupivacaine is effective in small doses but as labor progresses high doses of bupivacaine is required.

It has short span of action and causes more transient neurologic symptoms than bupivacaine.

It is less cardiotoxic than bupivacaine and is an analogue of bupivacaine. In contrast to bupivacaine it is 60 percent more effective.

It gives moderate analgesic effect in the first stage of labor. Common side effects are nausea, vomiting and sedation.

Clonidine epinephrine and neostigmine are the adjuvants that can decrease the adverse effects and complications of high dose of single drug. They also result in effective pain relief.

Clonidine is quite identical to epinephrine but is prohibited in the United States.

Epinephrine hastens the analgesic effects and has prolonged effect.

Neostigmine has good analgesic properties but it is not given to patients with gastrointestinal ailments.

For ensuring adequate safety of fetus and mother there should be proper collaboration between neonatologist, obstetrician, pharmacist and other health care providers. The review concluded that oxytocin and misoprostol are the most popular agents used widely for cervical dilatation and ripening.

The scientists also advocated the importance of pharmacists in educating the patient regarding pain management.

Latest Publications and Research on Pain Management During Labor

Wow great article about labour pain relief Personally though, I prefer the natural way. Call me crazy but I think the less amount of drugs in your body, the better for you baby.

Research Finds Inhaled Pain Relief in Early Labor is Safe and Effective
Cochrane researchers say that inhaled pain relief appears to be effective in reducing pain intensity and in giving pain relief in the first stage of labour.
READ MORE

Labor and Delivery / Pregnancy Labor Drugs
List of drugs used to treat the medical condition called Labor and Delivery. Click on the drugs to find more information including the brand names, dosage, side-effects, adverse events, how to store, how to take and the approximate price of the drug ...
READ MORE 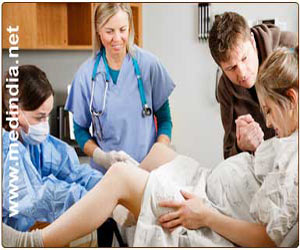 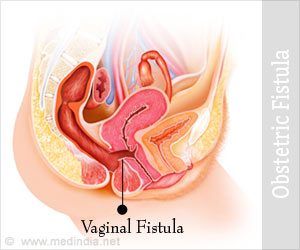 Obstetric Fistula
Obstetric fistula, whether a vesicovaginal or rectovaginal fistula, occurs as a result of inadequate care in pregnancy and childbirth. Fistula can be repaired with a simple vaginal surgery.
READ MORE

Drugs for Pain Management During Labor