A study published in Lancet in 2010 indicates that almost 1 in 5 men and over 1 in 6 women are overweight in India. The study by the Organization for Economic Co-operation and Development (OECD) looked at the burden of overweight population in six countries -- Brazil, China, India, Mexico, Russia and South Africa -- and found that between 1998 and 2005, India's overweight rates increased by 20%. The experts said that "In absolute numbers, the burden of overweight population would be mammoth in India and China."

OECD author Michele Cecchini said, "The results varied across countries surveyed. Seven in 10 Mexican adults are overweight or obese, while nearly half of all Brazilians, Russians and South Africans are also in this category. China and India report lower levels of , but are also rapidly moving in the wrong direction. Low- and middle-income countries have far fewer health care resources to deal with the consequences of obesity, which include higher rates of cardiac disease, cancer and diabetes."

Manuel Uribe of Mexico has worry etched large on his face. At 560 kilos he has earned himself the dubious distinction of the World's Fattest Man, an honor that he can hardly gloat about. Videos of him holed up in his modest home with layers of fat for company is bound to stir the sensitivity of fellow humans. Besides suffering from low self esteem, due to an aesthetically deplorable body, Manuel is incapacitated in many ways

Mans fascination for his body has been well documented since his cave- dwelling days. His idea of perfection stems, perhaps, from the sculpted bodies that have found a place of pride in several sites of worship and mythological texts. Although science has helped to define an ideal body in the modern sense, the aesthetic adulence given to body contours remains untarnished.

That obesity is on the rise, globally, is hardly a contentious issue. From being a poverty-stricken country, post independence, India has cruised her way to her place on the global pedestal. But not before offering a pound of her flesh! India has been crowned the diabetes capital of the world. A growing bandwagon of computer potatoes, plentiful money and food and lack of exercises are some of the reasons behind India's 'crowning glory'.

Third world countries, such as India and China, which are the epicenters of a booming economy, are now witnessing a steady ascent in weight-related issues. The reasons for these recent trends are many. Globalization is the prime accused. Coffers are flowing and the bulging signs of prosperity are also harbingers of a vicious cycle of , little or no exercises, stress, obesity and deadly life-style diseases.

obesity is the major cause of concern nowadays , try to avoid it by adopting regular measures like exercises , meditation and avoid junk food . 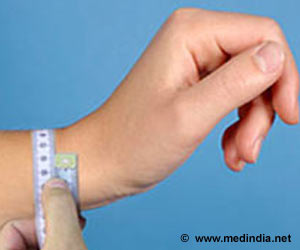