There is more to alcohol than mere intoxication. Infamous because of its social abuse but indispensable because of its many industrial applications. The process of fermentation obtains an alcohol.

Alcoholic drinks are widely popular and an essential element for socializing and relaxation - it is said the ingredients of man's happiness include - wine, women and mirth. Ethanol is the alcohol present in alcoholic drinks. Their excess uses lead to several social and health problems.

The production and consumption of alcohol is part of most cultures and societies around the world. Drinking alcohol is an important social event among hunting tribes and civilized nations alike and may be closely associated to the culture of a community. 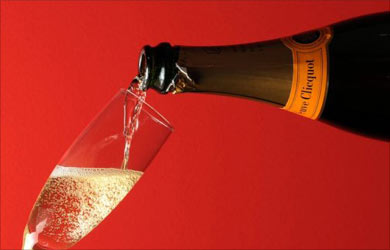 'Alcohol is the anesthesia by which we endure the operation of life.' - George Bernard Shaw

In early and modern cultures, alcoholic beverages have played a vital role in social interaction by providing confidence and removing inhibition. While several psychoactive drugs such as opium and cannabis have the same effect they are not as socially accepted as alcohol.

With time alcohol was found to be a very useful solvent and as an energy source for industrial use. Today alcohol finds a place as an important substance in many Industrial and pharmaceuticals manufacturing processes.

Latest Publications and Research on Bubbles and Brews - Alcohol Facts

Find a Doctor Blood - Sugar Chart Accident and Trauma Care Blood Donation - Recipients Vent Forte (Theophylline) Find a Hospital Nutam (400mg) (Piracetam) Noscaphene (Noscapine) Drug Interaction Checker Post-Nasal Drip
This site uses cookies to deliver our services.By using our site, you acknowledge that you have read and understand our Cookie Policy, Privacy Policy, and our Terms of Use  Ok, Got it. Close