Food poisoning, technically called food-borne illness, is an illness caused by consuming foods that have been contaminated with harmful microorganisms, such as bacteria, virus or other parasites, also called pathogens. But sometimes, contamination can result from chemicals in the food such as in poisonous mushrooms or even if they are undercooked.

The most common food poisoning pathogens are Campylobacter jejuni, Salmonella, Bacillus cereus, and Escherichia coli. These pathogens thrive in warm and moist places where they breed and multiply through their spores. 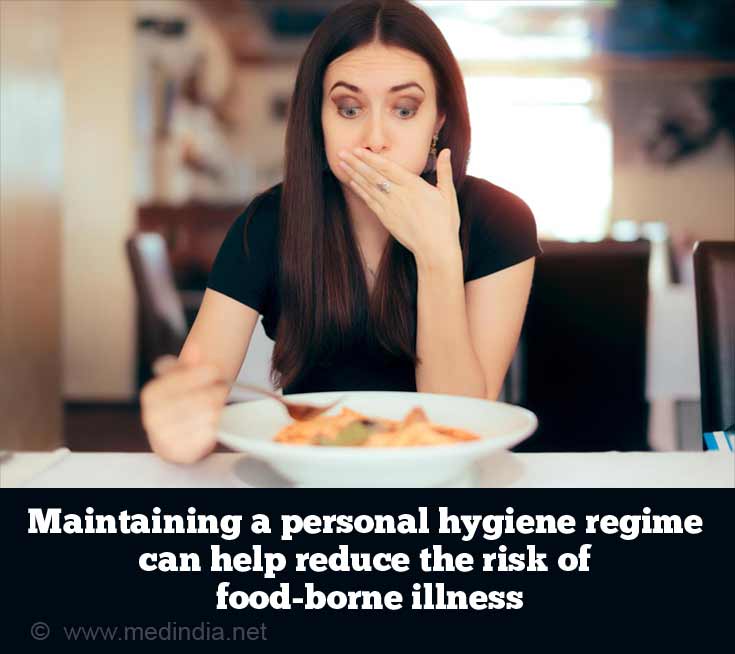 Food poisoning has many different symptoms and these may differ from person to person. However, the initial symptoms are nausea, vomiting, abdominal cramps and diarrhea for most types of food-borne illness.

Although, food poisoning is rarely fatal, those who have suffered from it know about the unpleasant nature of the symptoms. Food-borne illness can be infectious too. For example, norovirus and salmonella are the most common infectious pathogens. And they can be fatal as well. It has been reported that salmonella causes most of the deaths followed by Toxoplasma and Listeria.

Latest Publications and Research on Fact Sheet on Food Poisoning

Quiz on Diarrhea
Diarrhea is the second leading cause of death among children below 5 years of age.Test your knowledge on this potentially fatal but easily preventable and treatable condition by taking this ...

Top 10 Must Know Facts on Poisoning
Poisoning is an avoidable public health problem that can happen to anyone, at any time or any place.

Poisoning - First Aid and Emergency Treatment Guide
A quick and simple First Aid guide on how to administer treatment for Poisoning. Get more information on simple poison control measures.

Food Poisoning Symptom Evaluation
Food poisoning is the infection caused due to consumption of contaminated food. Food contamination can happen at any time during handling of food, its preparation or storage.

BRAT Diet (Bland Diet)
A BRAT diet is usually recommended for a person to recover from nausea, vomiting and an upset stomach. It is a short-term bland diet to soothe the intestinal cells.

Quiz on Poisoning
How much do you know about poisoning? Test your knowledge by taking this ...
Sign up for Wellness Consult a Doctor Sign up for Selfcare
Advertisement
Health Topics A - Z
A B C D E F G H I J K L M N O P Q R S T U V W X Y Z

Fact Sheet on Food Poisoning - Related News
US Baby Dies of Salmonella from Pet Turtle
To Avoid Infant Botulism Don't Give Honey to Children Below 1year
128,000 Are Hospitalized Every Year Due To Food Poisoning
More News