Galactorrhea is the spontaneous breast milk production in the absence of pregnancy. Excess of the hormone prolactin and thyroid disorders are major causative factors

Galactorrhea is the spontaneous flow of milk from the breast in a woman who is not pregnant or nursing a child. It can occur both in men and women. The milky discharge is from both the breasts and the milk may be secreted spontaneously or expressed. Though galactorrhea itself cannot be considered as a disease it is a sign of an underlying problem.

Galactorrhea is derived from the Greek words galakt meaning milk and rhoea meaning a flow.

Since around 90 % of women suffering from galactorrhea have high levels of the hormone prolactin, galactorrhea is also known as hyperprolactinemia. Elevated levels of prolactin when not pregnant or breastfeeding can affect normal menstrual function and fertility.

What are the Causes of Galactorrhea?

What are the Symptoms of Galactorrhea? 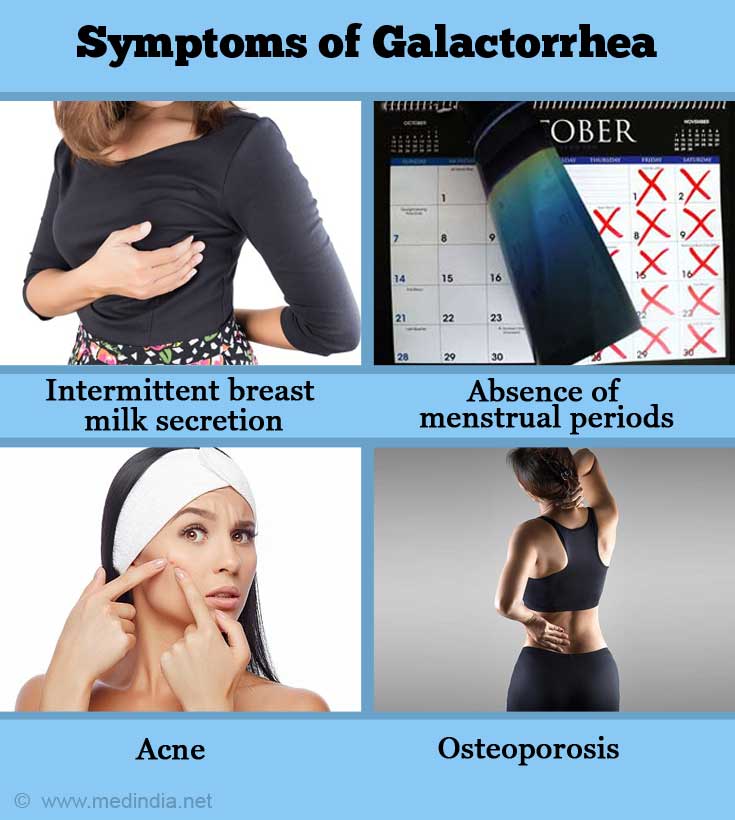 How do you Diagnose Galactorrhea?

The diagnosis of galactorrhea is based on the individual symptoms, medical history, medication use, and also ruling out pregnancy in a woman. 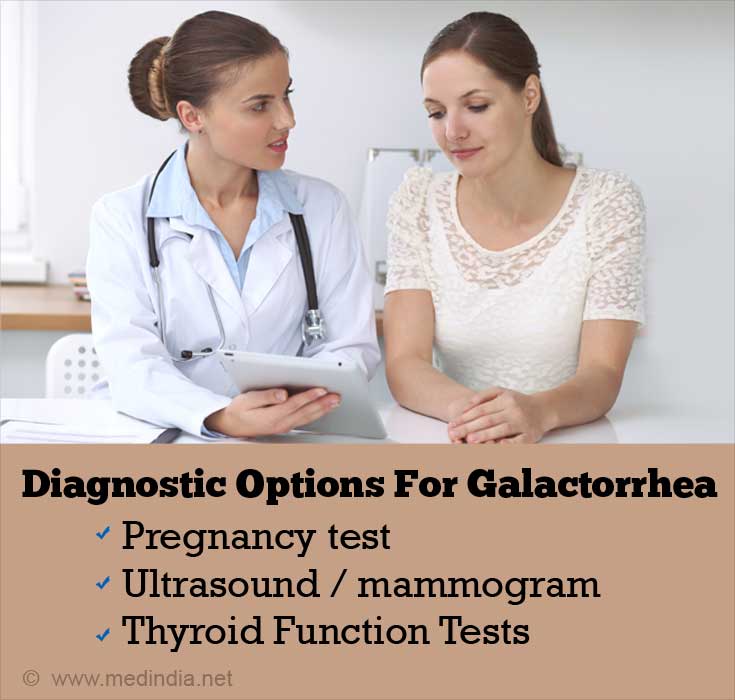 How do you Treat Galactorrhea?

The treatment is directed at the underlying cause.

What is the Prognosis of Galactorrhea?

This depends on the underlying cause. In cases of galactorrhea due to hypothyroidism, medications, microadenomas the prognosis is favorable. However, there is an increased risk of osteoporosis in patients if prolactin levels in the blood remain high.

Latest Publications and Research on Galactorrhea

Hyperprolactinemia
Hyperprolactinemia is abnormally high levels of hormone Prolactin in the blood. This is normal in pregnancy, but, elevated levels when not pregnant or breastfeeding can affect normal menstrual function and fertility.

Chlorpromazine
This medication is an antipsychotic, tranquilizer and antiemetic drug, prescribed for mental or mood disorders (schizophrenia). It is also used to prevent and treat nausea and vomiting, fearness before surgery, used as an adjunct in the treatment of ...

Haloperidol
This medication is a tranquilizer, prescribed for ...

Cimetidine
This medication is a histamine H2-receptor antagonist, prescribed for heartburn and peptic ...