Your Sleeping Duration is Decided by Your Genes, Finds Study 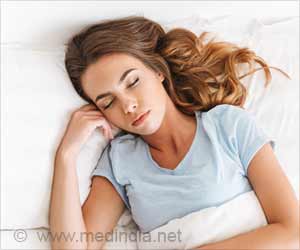 Ever wondered how some people doze off to sleep at an instant, while some are not resilient enough in maintaining there daily dose of slumber? The reason could be genetics, say, researchers. According to the study, 76 new gene regions were identified associated with the time a person sleeps. So, anybody experiencing problems with insomnia or hypersomnia, well, blame the genes.

It is well known that regularly getting adequate sleep -- 7 to 8 hours per night -- is important for health, and both insufficient sleep -- 6 or fewer hours -- and excessive sleep -- 9 hours or more -- have been linked to significant health problems.

Advertisement
‘Short sleep is genetically associated with insomnia and smoking, whereas longer sleep duration is linked to diseases such as type 2 diabetes, coronary artery disease, and schizophrenia.’


The study from the Massachusetts General Hospital (MGH) in Boston, US, analysed genetic data from more than 446,000 participants, who self-reported the amount of sleep they typically received.
Advertisement
The study identified 78 gene regions -- including the two previously identified -- as associated with sleep duration.

While carrying a single gene variant influenced the average amount of sleep by only a minute, participants carrying the largest number of duration-increasing variants reported an average of 22 more minutes of sleep, compared with those with the fewest.

This was comparable to other well-recognized factors that influenced sleep duration.

"While we spend about a third of our life asleep, we have little knowledge of the specific genes and pathways that regulate the amount of sleep people get," said Hassan Saeed Dashti from MGH.

"Our study suggests that many of the genes important for sleep in animal models may also influence sleep in humans and opens the door to better understanding of the function and regulation of sleep," Dashti added.

It also found factors such as higher levels of body fat, depression symptoms and fewer years of schooling, implying negative effects from both too little and too much sleep.