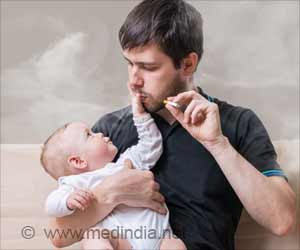 New study finds that exposure to secondhand smoke is associated with the development of chronic kidney disease (CKD) among nonsmokers. The findings of the study are published in the Clinical Journal of the American Society of Nephrology.

Cigarette smoking and exposure to secondhand smoking have been linked with higher risks of various diseases, but their effects on kidney health are unclear. A team from Korea led by Jung Tak Park, MD, Ph.D. (Yonsei University College of Medicine) and Jong Hyun Jhee, MD (Inha University College of Medicine) conducted a study to investigate the association between secondhand smoke exposure and CKD in adults who had never smoked.


The study included 131,196 never-smokers who participated in the Korean Genome and Epidemiology Study from 2001 to 2014.

In an additional analysis, the researchers assessed the risk of receiving a new diagnosis of CKD over an average follow-up of 8.7 years among 1,948 participants. Compared with the no-exposure group, the risk for developing CKD was 66% and 59% higher in participants with 3 or more days per week and less than three days per week of exposure, respectively.

Passive Smoking may Develop the Risk of Snoring in Kids
Parents smoking habit can increase the risk of developing habitual snoring in kids at home when ......

City of Eugene Considers Smoking Ban in Downtown Sidewalks to Reduce Passive Smoking
Eugene was one of the first cities in Oregon to outlaw smoking in all workplaces and now plans to .....

Passive Smoking or Secondhand Smoke Equally Dangerous as Smoking
Many smokers who try to quit smoking are unable to do so because they choose passive smoking as an ....