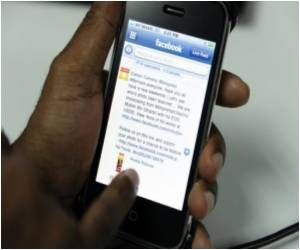 There is no apocalypse, only a transition to a new era in 2012, said a German expert after interpreting the hieroglyphs on the Mayan tablet.

The stone tablet was found many years back at the archaeological site of Tortuguero in Mexico's Gulf coast state of Tabasco. The inscriptions certainly do not point to an end-of-the- world occurrence, the expert said.

Be Prepared - For the Apocalypse

From the outside, Jerry Erwin's home in the northwestern US state of Oregon is a nondescript house with a manicured front lawn and little to differentiate it from those of his neighbors.
Advertisement

Gronemeyer who has been decoding the inscriptions on the tablet said that it refers to the return of the mysterious Mayan God Bolon Yokte at the end of a 13th period of 400 years on the equivalent of 21 December 2012. For Mayans, 13 is considered an auspicious number.


The inscription referred to the end of a cycle of 5,125 years.

How Do You Protect Yourself During an Apocalypse?

An American business seems to have come out with an idea to protect onself during an apocalyptic event.

Norway has begun to store all the crop seeds available across the world just to ensure there is something to fall back on in case of a major disaster.
Advertisement
News A-Z
A B C D E F G H I J K L M N O P Q R S T U V W X Y Z
What's New on Medindia

Diaphragmatic Hernia Hearing Loss Calculator How to Reduce School Bag Weight - Simple Tips Vent Forte (Theophylline) Drug Side Effects Calculator Sinopril (2mg) (Lacidipine) Sanatogen Find a Doctor Iron Intake Calculator Selfie Addiction Calculator
This site uses cookies to deliver our services. By using our site, you acknowledge that you have read and understand our Cookie Policy, Privacy Policy, and our Terms of Use