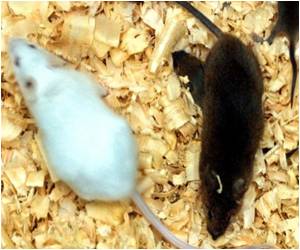 Scientists revealed that hungry desert-dwelling wild mice can shrug off the pain of scorpions' stings in order to gobble them up for a meal. Thanks to evolution.

This rare survival tactic has helped grasshopper mice use the venom of the Arizona bark scorpion, found in the southwestern United States and Mexico, to numb its excruciating sting.

The findings could offer an intriguing target for drug companies on the hunt for a perfect painkiller that would not lead to addiction, researchers said in the US journal Science.


The Arizona bark scorpion's sting is ferocious and can be lethal, according to lead researcher Ashlee Rowe of the University of Texas at Austin.
Advertisement
"Most people describe it as the sensation of being burned by a cigarette and then having a nail driven through it. Or being branded," she said.

When the grasshopper mice are stung, they groom the spot where they are stung "really briefly and then it is over," Rowe said.

If a person were stung, the pain would likely last several minutes to several hours, she said.

In lab experiments, scientists observed that when regular white lab mice were injected with scorpion venom in their hind paws, they "substantially increased their paw licking," said the study.

An injection of saline resulted in less licking by comparison.

The grasshopper mice, however, did the opposite. They licked their hind paws more after being injected with saline than when they were pumped full of venom.

Apparently, the salty liquid bothered them more than scorpion venom.

Pain's typical purpose in mammals is to ensure survival. Scorpions inflict it to ward off predators. Creatures learn from it in order to survive.

In mammals, acute pain is sent to the brain and nervous system by pain receptors known as sodium channels NaV1.7 and NaV1.8.

Further experiments on the mice showed that the channel 1.7 was activated in house mice but not grasshopper mice, explaining in part why the wild mice felt little pain.

Scorpion toxin caused channel 1.8 in wild mice to perform an unusual trick using amino acids to bind to the toxin and silence nearby pain receptors.

The scorpion venom acted to temporarily numb the grasshopper mice from other pain sources too, at least for a little while.

A similar mechanism has been observed in the naked mole rat, which is able to withstand high concentrations of carbon dioxide in its underground habitat without suffering bodily pain from acid buildup that such CO2 would otherwise cause.

The findings could offer a helpful hint to drug companies looking for new ways to blunt pain.

"Pharmaceutical companies have a great interest in developing new analgesic drugs that do what the bark scorpion toxin does in grasshopper mice: prevent pain," said an accompanying Perspective article by Gary Lewin of the Max-Delbruck Center for Molecular Medicine in Germany.

"Evolution has over millions of years achieved an analgesic strategy tailored to one rodent species," he wrote.

"Drug designers could well be able to take advantage of the millions of years of natural selection to find new approaches to tackle important drug targets like sodium channels."

Grasshopper Mice Have Learnt to Numb Pain of Scorpions Stings
In an interesting study, scientists found that wild mice in the dessert can actually make slight of ...

New Homeopathic Drug From Scorpion Venom Holds Promise For Cancer
Scientists from Cuba are trying to find a cure for cancer with a homeopathic drug prepared from the ...

UV Light Get Scorpions Glow Gleaming Green, Motive Detected
Finally biologists can sigh with relief for finding the reason as to why scorpions evolved to glow ....