WHO Says Ebola Outbreak Has So Far Claimed 887 Lives 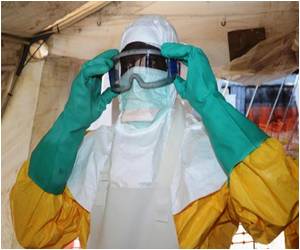 Over 60 people died last week due to the recent outbreak of Ebola epidemic in West Africa, taking the toll to more than 880 fatalities, the World Health Organization revealed.

Giving an update on the deadly virus -- the worst Ebola outbreak ever -- the UN health agency said the 61 deaths were reported between last Thursday and Friday in Guinea, Liberia, Nigeria and Sierra Leone.

It said there had also been 163 new cases of people infected with the virus in that time, bringing the total number of confirmed and likely cases from the outbreak so far to 1,603.


According to the latest WHO tally, which includes both laboratory-confirmed and suspect cases, Guinea saw 13 new cases and 12 deaths last Thursday and Friday, Liberia, 77 new cases and 28 deaths, while Sierra Leone saw 72 new cases and 21 fatalities. One suspect case was also reported in that time in Nigeria.

A charity aid group has confirmed that an American woman infected with the Ebola virus when working with patients in Liberia will be returning back to her country in order to receive treatment.
Advertisement
WHO Director General Margaret Chan has warned that the response of some of the affected countries to the epidemic had been "woefully inadequate", and that the outbreak has been "moving faster than our efforts to control it".

Ebola, a form of haemorrhagic fever for which there is no vaccine, causes severe muscular pain, fever, headaches and, in the worst cases, unstoppable bleeding.

It has killed around two-thirds of those it has infected since its emergence in 1976, with two outbreaks registering fatality rates approaching 90 percent.

The death rate in the current outbreak is 55 percent.

The World Bank declared on Monday that it would provide up to $200 million to Guinea, Liberia and Sierra Leone to help the West African nations contain a deadly Ebola outbreak.
Advertisement
<< Taboos Surrounding Homosexuality Crumbling in Vietnam
Researchers Find Way to Sustain Hepatitis B in Human Liver ... >>