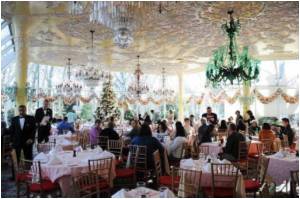 Serving in restaurants is the most active profession in Australia, reveals study.

Nurses came second in the survey, about 6500 steps behind waiters and waitresses, followed by retail workers, News.com.au reported.

A restaurant in America has come out with a new idea of employing blind waiters who will be serving food in absolute darkness.
Advertisement

Call centre employees were the least active with office workers only some paces ahead.


Ten people from 10 different professions - including teachers, hairdressers, farmers and mothers - were given pedometers by weight loss company Jenny Craig to keep track of how much incidental exercise they got on an average work day.

Welcome to the Japanese Restaurant Where Waiters are Monkeys!

How about visiting a restaurant for dinner, and being greeted by monkey waiters!
Advertisement
The study found that waiters walked an average of 22,778 steps as compared to 6618 steps by call centre workers.

The recommended healthy target for people to lose weight is about 12,000 to 15,000 steps each day.

Accredited practising dietitian and Jenny Craig consultant Karen Inge asserted that there were health concerns for people who sit down for long periods of time.

"They probably have a greater chance of being overweight because they're not burning kilojoules," Inge said.

"If people can't really move while at work, they should make a concerted effort to set aside an hour a day to get the physical activity they need for their health," Inge added.

List of profession and average steps per day is given below:

Revealed: How to Have Fun and Yet be Professional at Office Parties

Noscaphene (Noscapine) Post-Nasal Drip Find a Hospital Blood Pressure Calculator The Essence of Yoga Pregnancy Confirmation Calculator How to Reduce School Bag Weight - Simple Tips Accident and Trauma Care Blood Donation - Recipients Indian Medical Journals
This site uses cookies to deliver our services. By using our site, you acknowledge that you have read and understand our Cookie Policy, Privacy Policy, and our Terms of Use