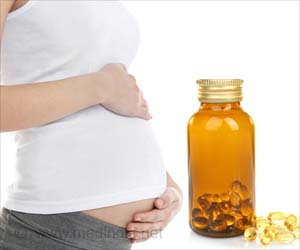 This follows a review and meta-analysis, which shows a strong link between low vitamin D concentrations in women and lower live birth rates after ART compared to women who have the right amount of vitamin D in their bodies.

The research was led by Dr Justin Chu, an Academic Clinical Lecturer and Specialist Registrar in Obstetrics and Gynaecology for Tommy's National Centre for Miscarriage Research at the University of Birmingham and Birmingham Women's and Children's NHS Foundation Trust.


Dr Chu, from the University of Birmingham's Institute of Metabolism and Systems Research, cautioned that the findings do not mean that vitamin D supplementation necessarily improves women's chances of having a baby following ART as the research can only show an association.
Advertisement
Dr Chu said: "Although an association has been identified, the beneficial effect of correction of vitamin D deficiency or insufficiency needs to be tested by performing a clinical trial.

"In the meantime, women who want to achieve a successful pregnancy should not rush off to their local pharmacy to buy vitamin D supplements until we know more about its effects. It is possible to overdose on vitamin D and this can lead to too much calcium building up in the body, which can weaken bones and damage the heart and kidneys."

The researchers analyzed data from 11 published studies that included 2,700 women who were undergoing ART (in vitro fertilization (IVF), intracytoplasmic sperm injection (ICSI) and/or frozen embryo transfer) and whose vitamin D status had been checked through blood tests.

A similar result was seen when the researchers looked at the results of pregnancy tests and clinical pregnancies (where a fetal heartbeat could be detected). When compared with women who had deficient or insufficient concentrations of vitamin D, women who had sufficient vitamin D were 34% more likely to have a positive pregnancy test and 46% more likely to achieve a clinical pregnancy. No associations were found between miscarriage and vitamin D concentrations.

The main source of vitamin D for people is sunlight. In the winter months it can be hard to get enough vitamin D and, in addition, some people are more at risk of vitamin D deficiency, for example, those who don't get outdoors much, people with dark skin from African, African-Caribbean and South Asian backgrounds, and people who wear clothes that cover most of their skin when they are outdoors.

Other studies have shown that there are higher conception rates in summer and autumn when women might be expected to have more vitamin D due to exposure to summer sunshine. Foods such as oily fish, red meat, liver and egg yolks also provide vitamin D, as well as vitamin D supplements.

The researchers say that possible mechanisms for the role played by vitamin D in pregnancy may be that it affects the success of embryo implantation in the womb in some way or that it is an indication of the general well-being of the women.

"Testing for vitamin D concentrations is relatively cheap and widely available and its treatment is not costly," said Dr Chu. "It could be that correcting vitamin D deficiency could benefit women undergoing assisted reproduction treatment, but further research is needed to test this."

The study had some limitations. These included the fact that the studies analyzed were often quite different and that vitamin D was assessed before ART was started in some studies and at the time that eggs were retrieved from the women in other studies.

IVF Add-On Treatments Do More Harm Than Good
Majority of the add-on fertility treatments offered by the fertility clinics do not improve chances ...

IVF Pregnancy Success Rates Depend On Uterine Microbiota
Bacteria in the uterine cavity play an important role in the implantation and pregnancy success ......

Medical Management of Vitamin Deficiencies
Vitamins are essential for our body to grow and develop normally. Vitamin deficiencies are ......