After this treatment, the researchers have confirmed that the patients will not need to wear pads, as this is more like a cure for the troubling ailment.


Lead author Hannes Strasser "It's highly effective and it's much more effective than we previously thought. If somebody had told me it would have worked so well four years ago, I would not have believed it."


The finding had been confirmed after studying the effects of this stem cell treatment on 186 men and women aged 36 to 85. According to Strasser, nearly 153 out of them did not feel the need to use pads one year after the treatment, which improved their quality of life.

The stem cell treatment is estimated at about $16,000. No major side effects have been reported except from one among the 270 who underwent the treatment, and suffered a rupture of the urethra.

Diaper Rash
Diaper rash is an inflammatory skin condition that occurs in the diaper areas and commonly seen in the babies, especially those who wear diapers constantly.
READ MORE 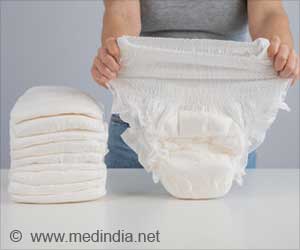 Incontinence-Involuntary Loss of Urine-An impact on the daily life solution
Unintentional loss of urine has multiple implications to the sufferer. Urinary Incontinence has been noted to be a major barrier to social interests, entertainment, or physical recreation.
READ MORE