Vials of Smallpox Discovered in US Food and Drug Administration Lab 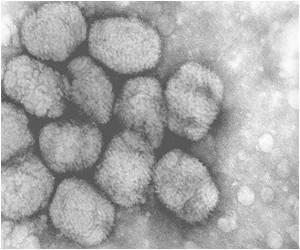 Health authorities said that Federal investigators are probing how vials of smallpox made their way into a storage room at a Food and Drug Administration lab near the US capital.

Smallpox is a highly contagious and sometimes fatal disease that has been eradicated after a worldwide vaccination program. The last US case was in 1949; the last global case was in 1977 in Somalia.

The vials were labeled "variola," another name for smallpox, and they appear to date from the 1950s, the US Centers for Disease Control and Prevention said in a statement.


They were found in an unused portion of a storeroom in an FDA laboratory, located on the National Institutes of Health campus in Bethesda, Maryland.
Advertisement
There is no evidence that the vials had been opened, "and onsite biosafety personnel have not identified any infectious exposure risk to lab workers or the public," the CDC said.

The vials have been moved to a high-security lab at the CDC headquarters in Atlanta, Georgia.

Initial tests came back positive for smallpox, and further testing will be done to determine if it is viable, or able to grow in tissue culture.

"This testing could take up to two weeks. After completion of this testing, the samples will be destroyed," the CDC said.

"If viable smallpox is present, the World Health Organization will be invited to witness the destruction of these smallpox materials, as has been the precedent for other cases where smallpox samples have been found outside of the two official repositories."

According to international agreements, only two places in the world are authorized to keep samples of smallpox: the CDC in Atlanta and the State Research Centre of Virology and Biotechnology (VECTOR) in Novosibirsk, Russia.

The CDC said it was notified by the NIH of the discovery on July 1 when workers were preparing to move the FDA lab from the NIH to the FDA's main campus.

The CDC Division of Select Agents and Toxins (DSAT) and the FBI are investigating how the vials got there.

Scientists Urge Against Destruction of Remaining Smallpox Virus Stockplies
Three researchers from United States and Brazil have urged the organization not to destroy the ......

Revelation Of How Poxviruses Such as Smallpox Evolve Rapidly Despite Low Mutation Rates: Researchers
Poxviruses are a group of DNA-containing viruses that includes smallpox. They are responsible for a ...

Routes of Drug Administration
Routes of drug administration play a major role in a medical treatment. Selecting a right route of d...