Revelation Of How Poxviruses Such as Smallpox Evolve Rapidly Despite Low Mutation Rates: Researchers 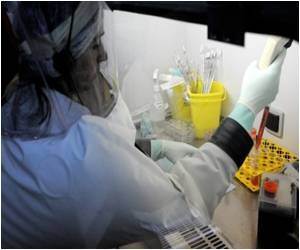 Poxviruses are a group of DNA-containing viruses that includes smallpox. They are responsible for a wide range of diseases in humans and animals.

They are highly virulent and able to cross species barriers, yet how they do so has been largely a mystery because of their low mutation rates. While smallpox was considered officially eradicated by the World Health Organization in 1980, concerns about its use as a bioterrorism agent - and the finding that other poxviruses, such as monkeypox, can be transmitted from animals to humans - have spurred renewed interest in understanding how they replicate. Having this information in hand could lead to the development of better antiviral strategies.

Ugandan Monkeys May Be Carriers of Unknown Poxvirus

New research from scientists at Fred Hutchinson Cancer Research Center and collaborating institutions has uncovered how poxviruses evolve to rapidly adapt against host defenses - despite their low mutation rates.The discovery provides new insight into how large, double-stranded DNA viruses evade host immunity and become drug resistant, and it has particular implications for understanding the mechanisms of infectious-disease transmission between animals and humans.Senior author Harmit S. Malik, Ph.D., a member of the Hutchinson Center's Basic Sciences Division, and first author Nels C. Elde, Ph.D., a former postdoctoral researcher in Malik's lab, describe their findings online ahead of the Aug. 17 print issue of Cell.


"Poxviruses encode a variety of genes that help them to counter host immune defenses and promote infection," said Elde, now an assistant professor of human genetics at the University of Utah School of Medicine. "Despite ample evidence that the poxvirus genome can undergo adaptive changes to overcome evolving host defenses, we still don't know that much about the mechanisms involved in that adaptation.

Substance That Enables Poxviruses to Evade the Immune System Identified

Scientists have charted the structure and actions of a powerful substance that enables poxviruses to evade the immune system.
Advertisement
"To determine the mechanisms of adaptation, Elde, Malik and colleagues conducted an experiment in cell culture using vaccinia virus, the type of poxvirus used in the smallpox vaccine, to mimic viral adaptation and evolution as it occurs in nature.Previous research had demonstrated that a host-defense protein called protein kinase R (PKR) is a major hurdle to poxvirus infection.

In response, poxviruses have evolved to overcome PKR by encoding two genes, K3L and E3L, which thwart host-defense mechanisms that normally prevent viral infection.The team studied how vaccinia virus, when altered to delete the E3L gene, evolved to successfully replicate in the presence of human PKR."Dramatically, serial propagation of this 'weaker' virus rapidly resulted in strains that became much more successful at replicating in human cells," said Malik, who is also an Early Career Scientist of the Howard Hughes Medical Institute.

Closer examination of their mode of adaptation revealed that the virus was quickly able to defeat PKR by selectively increasing the number of copies of the K3L gene in its genome.Malik likened this rapid adaptation to the expansion of the bellows of a musical accordion. "As the K3L copy number increased in subsequent rounds of replication, so did expression of the K3L protein and subsequent inhibition of the immune response," he said. This showed that viruses that can quickly expand their genome have an immediate evolutionary advantage over those that cannot.

In a further extension of the accordion analogy, in addition to observing rapid gene expansion in the E3L-deficient strain of vaccinia, the researchers also observed that the virus contracted after acquiring an adaptive mutation, swapping a beneficial mutation for a smaller genomic footprint."Our studies suggest that despite their transient nature, gene expansions may provide a potent means of adaptation in poxviruses, allowing them to survive either immune or pharmacological challenges," Malik said. "Recognizing the means by which they undergo this expansion may provide more effective antiviral strategies against these and related important pathogens."

Source: Eurekalert
Advertisement
<< Olympic Runners Aided In Recovery from Injuries By 'Anti-Gr...
Loss Of Respect for Peers Who Hook Up too Much: College Stu... >>

More News on:
McArdle Disease How Do Viruses Mutate and Why Does it Matter? Smallpox