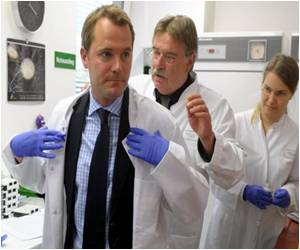 Researchers dug into the last 70 years of peer-reviewed publications about protozoan parasites that infest bivalve mollusks and found that when an organism can be cultured in the laboratory, more papers and greater understanding result.

The research took place at Bigelow Laboratory for Ocean Sciences. Senior Research Scientists, José Fernández Robledo and Nicholas Record co-authored an analysis of peer-reviewed publications since 1950 and reported their findings in the June 23 edition of PLOS ONE, an open access journal covering broad aspects of basic and applied biology.

Fernández-Robledo and Record partnered with Dr. Gerardo R. Vasta of the Institute of Marine and Environmental Technology of the University of Maryland, Baltimore to identify potential milestone discoveries or achievements in the field that may have driven the intensity of the research in subsequent years and significantly increased publication rates by 3-10 fold and promoted investigations into the basic biology of the parasites. 1950 was chosen as the starting date because it was the first year a description of protozoan parasite Perkinsus marinus was recorded and associated with a mass mortality of eastern oysters in the Gulf coast region. Perkinsus is one of four major protozoan parasite genus included in the study. The others are Haplosporidium, Marteilia, and Bonamia.


"These parasites are globally recognized as major threats to natural and farmed bivalve populations, " explains Fernández-Robledo. "The more we learn about how they function, interact, and evolve, the greater the likelihood that we can figure out how to control their spread in important food resources. Over the past 70 years, we've tripled what is known about mollusk parasites by successfully culturing and conducting experiments on the laboratory bench." Bigelow Laboratory for Ocean Sciences has cultured parasitic hosts in its East Boothbay facility and is leading research on parasites that infect bivalve mollusks.
Advertisement
Certain parasite species such as Perkinsus marinus, Perkinsus olseni, Marteilia refringens, Bonamia ostreae and Bonamia exitiosa infect abalones, clams, mussels, oyster, and scallops around the world and cause mass mortalities that are especially devastating for aquacultures and commercial harvesting.

The researchers systematically analyzed the literature and found that advances in parasite purification and culture methodologies positively increased publication rates, which often resulted in new molecular tools and resources. Cultures have accelerated screening for drugs effective against specific parasites, and identified mechanisms that parasites use to enter, survive, multiply, and, eventually, kill oysters. Because of what has been learned, scientists are now able to characterize parasite strains from different locations in the United States, helping to define under what circumstances a strain may become virulent and to identify oyster strains that can be resistant to resident parasites.

This study is the first to provide a side-by-side comparison of the publication records for the four main genera of protozoan parasites affecting mollusks. Its conclusions may be used as tool to help researchers fine-tune their research projects to gain continued funding, for students entering the field to narrow their research focus, and for state and local agencies to prioritize research efforts and funds It also shows that early efforts supporting the development of cultures methodologies (basic science) results in a large body of knowledge toward new intervention strategies against disease (applied science).

Source: Eurekalert
Advertisement
<< Siblings may Have a Greater Influence on a Child's Obesity ...
Vials of Smallpox Discovered in US Food and Drug Administra... >>

Humble Mollusks-Inspired Transparent Armor for Soldiers and Cars
New kinds of armor that take inspiration from humble mollusks will soon be used for soldiers and ......

69 Million-year-old Crab Fossil may Rewrite Evolutionary History of the Species
The discovery of a 69 million-year-old crab fossil in Mexico has lead scientists to rewrite the ......

Toxoplasmosis
Brief overview of a common disease called Toxoplasmosis and its risks in human population...