Siblings may Have a Greater Influence on a Child's Obesity Risk 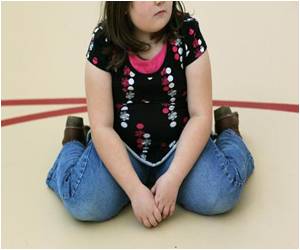 It is well known that a child's risk of obesity is greater if the kid has obese family members, whether the type of relationship affects that risk has not been given as much attention.

A new report led by an investigator at the Mongan Institute for Health Policy at Massachusetts General Hospital finds that the risk associated with having an obese sibling is more than twice as great as that of having an obese parent, and that risk is even stronger among siblings of the same gender. The study will appear in the October issue of the American Journal of Preventive Medicine and has been released online.

"It's well known that diet and physical activity are key determinants of obesity among both adults and children; and prior research has shown that parents have a direct impact on children's eating habits through shopping and preparing meals and on their exercise by encouraging and facilitating access to activities," says Mark Pachucki, PhD, of the Mongan Institute, corresponding author of the AJPM paper. "I went into this study expecting that, given parents' oversized roles in their children's lives, parental obesity would have a stronger association than a sibling's obesity; but I was wrong."


The paper describes a substudy of the larger Family Health Habits Survey, a nationwide survey of parents that investigated associations between the health of family members and factors such as food purchases and nutrient intake.
Advertisement
Of the more than 10,000 participants in the larger survey, almost 2,000 respondents represented families with either one or two children and provided height and weight information for parents and children, making them eligible for the current study. The investigators analyzed information about adults' socio-economic status, demographic background and overall health, along with information about both parent and child levels of physical activity and aspects of their food environment. In families with only one child, having an obese parent was associated with more than double the risk that the child would be obese, although that risk was reduced if high levels of physical activity were reported for the child.

In two-child families, having an obese sibling was associated with risk that was more than five times greater than if the sibling were not obese. While the impact of parental obesity on an older sibling was the same as on an only child - approximately doubling the risk - among younger siblings there was no association with parental obesity.

In addition, if the two children in a family were of the same gender, an older sibling's obesity had an even stronger association with obesity in the younger sibling - 8.6 times greater for girls and 11.4 times greater for boys. Of other demographic, socioeconomic and behavioral factors analyzed - including the number of fast food meals consumed weekly - the only one that significantly changed the impact of a sibling's obesity was the level of physical activity.

"Younger children look up to their big brother or sister for behavioral cues, often seeking their approval; and siblings may spend more time each other than with their parents, often eating and playing sports together," says Pachucki, who is also a member of the division of General Academic Pediatrics at MassGeneral Hospital for Children and an instructor in Medicine and Pediatrics at Harvard Medical School. "While this study doesn't allow us to say that one sibling's obesity directly influences the other's, the associations we found are pretty interesting. Now we need to try and replicate these analyses with other national datasets and think through how to use this information to improve family-based health intervention models."