US Sees No Decline in Abortion Rate 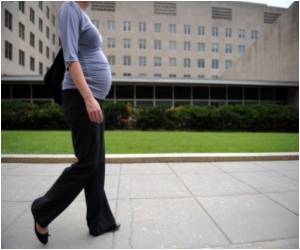 The steady, long-term decline in the number and rate of abortions in the USA leveled off in 2008, according to a survey.

Meanwhile the percentage of abortions that took place via drugs approved by the government in 2000 rose from 14 to 17 percent of all such procedures, according to data released by the Guttmacher Institute.

The total number of abortions in the United States in 2008 was 1.21 million, about the same as in 2005, when the institute issued its most recent report.

However researchers noted that the current levels are far below the peak in 1981 of 29.3 abortions per thousand women.

Medindia offers you a useful calculator to find out if you fall under the high risk pregnant group. Take the precautionary steps and avoid complications during pregnancy.
Advertisement
Karen Pazol of the Centers of Disease Control said government surveys of 2006 data released in 2009 showed similar results, "an interruption of the long-term decline."

However since the CDC does not have data for 2007 or 2008 she "can't predict whether it's a short-term change or a interruption of a long-term decline."

The option is available in 59 percent of the nation's abortion clinics, the Guttmacher Institute said.

Meanwhile, abortion providers reported an increase in harassment: 89 percent compared to 82 percent in 2000.

Picketing was the most common form of harassment, reported by 55 percent of providers, followed by picketing combined with blocking patient access to facilities (21 percent), the institute said.

Vent Forte (Theophylline) A-Z Drug Brands in India Post-Nasal Drip How to Reduce School Bag Weight - Simple Tips Calculate Ideal Weight for Infants Selfie Addiction Calculator Loram (2 mg) (Lorazepam) Diaphragmatic Hernia Accident and Trauma Care The Essence of Yoga
This site uses cookies to deliver our services.By using our site, you acknowledge that you have read and understand our Cookie Policy, Privacy Policy, and our Terms of Use  Ok, Got it. Close
×