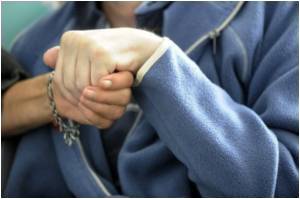 A large proportion of medicare expenditures for nursing home residents with end term dementia, a terminal illness, is spent on aggressive treatments that may be avoided, according to a study by the Institute for Aging Research, an affiliate of Harvard Medical School.

The study examined Medicare expenditures for 323 nursing home residents with advanced dementia in 22 facilities in the Greater Boston area as part of the Choices, Attitudes, and Strategies for Care of Advanced Dementia, or CASCADE, study. According to the findings, the largest proportion of Medicare expenditures was for hospitalizations (30.2%) and hospice (45.6%). Medicare expenditures rose by 65 percent in each of the last four quarters before death, primarily due to an increase in both acute care and hospice services. Acute care costs were lower among residents who had either a Do Not Hospitalize (DNH) order, lived on a special care dementia unit, or did not have a feeding tube.

Scientists have discovered a gene that is capable of protecting against dementia in high-risk individuals.
Advertisement

"Our study demonstrates that a large proportion of Medicare expenditures in advanced dementia are attributable to acute and sub-acute services that may be avoidable and may not improve clinical outcomes," says senior author Susan L. Mitchell, M.D., M.P.H., a senior scientist at the Institute for Aging Research.


An additional 10 percent of Medicare expenditures were for care in a rehabilitation facility after hospitalization. Dr. Mitchell calls the benefits of skilled nursing or rehabilitative care for these patients "questionable," given that most of them are totally physically functionally and cognitively impaired.

Alzheimer''s disease is a progressive neurodegenerative disease affecting memory and thinking and making the person increasingly dependent on others.
Advertisement
Strategies that promote high-quality palliative care may shift expenditures away from aggressive treatments for dementia patients at the end of life and more toward a comfort care approach, say the researchers.

"The strong association between the lack of a DNH order and higher acute care expenditures supports the notion that advance care planning may be a key step toward preventing aggressive end-of-life care," says Dr. Mitchell, an associate professor of medicine at Harvard Medical School. Among cancer patients, advance planning lowers costs in the last week of life, and lower costs are associated with a higher quality of dying experience.

Both hospice and palliative care focus on quality of life or "comfort care," including the active management of pain and other symptoms, as well as the psychological, social and spiritual issues often experienced at the end of life. Unlike hospice, however, palliative care services do not depend on life expectancy and may be used in conjunction with curative treatments.

Estimates peg 2010 total health-care expenditures for dementia at $172 billion, which will continue to rise as the number of people experiencing the end stages of this disease increases. Currently, more than 5 million Americans suffer from dementia, a number that is expected to increase to almost 13 million in the next 40 years. Total Medicare and Medicaid payments (nursing home care is generally paid for by Medicaid after individuals have exhausted their savings) for patients with dementia are roughly three times higher than they are for those without dementia.

Dr. Mitchell's team looked at Medicare health services used by the nursing home residents over 18 months, culling data from hospital admissions, emergency department visits, primary care provider visits, and hospice enrollment. Roughly one-third of all Medicare costs for dementia were for hospitalizations, which Dr. Mitchell says are burdensome for many of these patients because, among other reasons, they involve a physical transfer and dementia patients often become even more confused and agitated in an unfamiliar environment. Previous studies by Dr. Mitchell and others have shown that most hospitalizations for patients with end-stage dementia are for conditions such as pneumonia that could be treated as effectively and at less cost in a nursing home setting.

Hospice payments accounted for close to half of all Medicare expenditures even though only 22 percent of the nursing home residents received hospice care. Hospice has been shown to benefit residents dying with dementia, but it is greatly underutilized with this population.

Dementia is a group of symptoms severe enough to interfere with daily functioning, including memory loss, difficulty communicating, personality changes, and an inability to reason. Alzheimer's disease is the most common form of dementia.

A 2009 study by Dr. Mitchell in the New England Journal of Medicine was the first to rigorously describe the clinical course of advanced dementia and to label the disease a terminal illness similar to other incurable diseases, such as cancer.

State of Dementia Care is Pathetic in UK

A new report in Britain has presented a depressing status of dementia care in the country
Advertisement
<< US Sees No Decline in Abortion Rate
Gefitinib Can Stop Pancreatic Cancer If Used In Early Stage... >>

More News on:
What is Medicare / Medicaid? Dementia