Triathlete, Leanda Cave, Tweets About Her Diagnosis of Skin Cancer 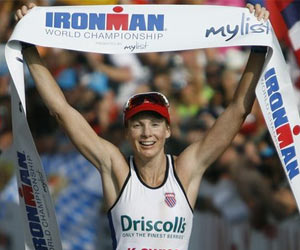 Thirty-four-year-old triathlete, Leanda Cave, is a victim of skin cancer and has made this known to her fans on twitter and Facebook.

The world remembers her for her victory in Hawaii in October where she won the 2.4-mile swim, 112-mile bike and 26.2-mile run distance.

Speaking about her recent diagnosis of cancer, she said: "I was just diagnosed with a skin cancer this morning. Make sure you use sun screen and wear a hat people. Take sun protection seriously."


Recently, she also spoke about her desire to participate in the Olympics in Rio in 2016. She also wished to be a part of the commonwealth games in Glasgow next year.

She said: "I've said a few times I'd always like to make the Olympics and who knows whether as a 38-year-old I have that in me. I am racing Hawaii and that is a big priority, but I'll never count out trying to give the Olympics a shot."

Source: Medindia
Advertisement
<< Cara Delevingne is the New Kate Moss
Superiority of Males Over Females is a Result of Natural Se... >>

Tattoos Can Increase Risk of Skin Cancer, Warn Doctors
Tattooing, that is fast becoming a fashion statement and is very popular among the young can ......

How Deadly Skin Cancer Spreads into Other Parts of the Body
Scientists have made another important discovery in understanding the process by which the gene ......